He has over 120 acting credits to his name and his debut came in the 1976 TV movie The Other Side of Victory. One of his best known roles came as Larry, who had two brothers named Darryl, on the television series Newhart from 1982 to 1990. From 2004 to 2006 Sanderson starred as E.B. Farnum in the TV series Deadwood. From 2008 to 2012 he starred as Sheriff Bud Dearborne on the television series True Blood. Sanderson has had recurring roles in the TV series Lonesome Dove, Return to Lonesome Dove, Maximum Bob, Walker, Texas Ranger, and Bar Karma. He has also starred in the movies Savage Weekend, The Onion Field, Coal Miner's Daughter, Blade Runner, Lone Wolf McQuade, Fletch, Deadly Weapon, Rocketeer, Wagons East, Last Man Standing, and Gods and Generals. For his work on True Blood he won a Satellite Award in 2009 and was nominated for a Screen Actors Guild Award in 2010. Sander was also nominated for a SAG Award in 2007 for Deadwood. 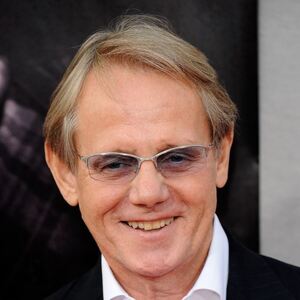