After graduating high school William moved to New York and graduated from the American Academy of Dramatic Arts. Powell has nearly 100 acting credits to his name from 1922 to 1955. He starred in films including Sherlock Holmes, The Great Gatsby, Special Delivery, The Dragnet, The Canary Murder Case, Ladies' Man, The Road to Singapore, The Thin Man, Star of Midnight, Escapade, Rendezvous, The Great Ziegfried, Crossroads, The Hoodlum Saint, The Girl Who Had Everything, How to Marry a Millionaire, and Mister Roberts. Powell was nominated for three Academy Awards for Best Actor in a Leading Role for The Thin Man, My Man Godfrey, and Life with Father. He received a star on the Hollywood Walk of Fame in 1960 at 1636 Vine Street. William Powell passed away on March 5, 1984 at 91 years old. 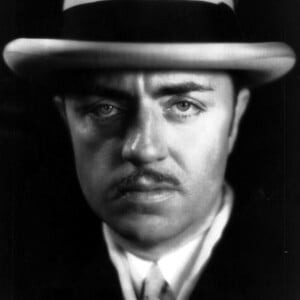