What is William Petersen's Net Worth and Salary?

William Petersen is an American actor and producer who has a net worth of $50 million. Petersen is best-known for starring as Gil Grissom on the CBS series "CSI: Crime Scene Investigation." He was a series regular from 2000 to 2010, then came back as a guest star during the show's last few seasons. Petersen has 35+ acting credits to his name, including the films "Manhunter" (1986), "Fear" (1996), and "Seeking a Friend for the End of the World" (2012) and the miniseries "Return to Lonesome Dove" (1993). William has served as a producer on "CSI," the 1991 feature film "Hard Promises," and the 1992 TV movie "Keep the Change."

At the peak of the series, William earned $600,000 per episode. That worked out to around $18 million for the season, which made him one of the highest-paid actors in Hollywood. With syndication points and other fees, he could continue to earn $15-18 million per year from the franchise well after leaving the show.

William Petersen was born William Louis Petersen on February 21, 1953, in Evanston, Illinois. He grew up in a Roman Catholic household with mother June, father Arthur, and siblings Elizabeth, Arthur Jr., Anne, Robert, and Mary Kay. William attended Bishop Kelly High School in Idaho, graduating in 1972, and he earned a football scholarship to Idaho State University. After he took an acting class at Idaho State, Petersen decided to focus on a career in acting instead of sports. He followed one of his acting professors to Spain's Basque country and studied Shakespearean acting. After returning to the U.S., William lived with relatives in Chicago and began acting in local theatrical productions, earning his Actors' Equity card. He got involved with the Steppenwolf Theatre Company, and in 2008, he became an ensemble member. Petersen also co-founded Chicago's Remains Theater Ensemble, which included Ted Levine, who went on to appear in "The Silence of the Lambs" and "Monk," and Gary Cole, who has amassed more than 180 acting credits, including "Office Space" and "Talladega Nights: The Ballad of Ricky Bobby."

William made his big screen debut in the 1981 film "Thief," then played a Secret Service agent in 1985's "To Live and Die in L.A." In 1986, he starred as FBI agent Will Graham in "Manhunter," the first film to feature Hannibal Lecter. That year he also guest-starred on "The Twilight Zone," his first television role. Petersen turned down roles in "Platoon" and "Goodfellas," then portrayed Joseph P. Kennedy in the award-winning 1990 miniseries "The Kennedys of Massachusetts." He would later play John F. Kennedy in the 1998 television film "The Rat Pack." Around this time, William also appeared in 1989's "Cousins" and 1990's "Young Guns II." In 1993, he played Gideon Walker in the miniseries "Return to Lonesome Dove," and he co-starred with Reese Witherspoon and Mark Wahlberg in the 1996 film "Fear." Petersen had an uncredited role as a mobster in "Mulholland Falls" (1996) and played Juror #12 in the television film "12 Angry Men" (1997). 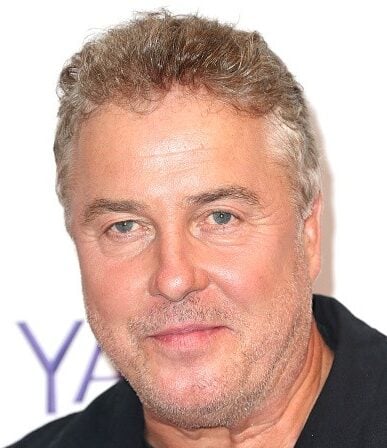 In 2000, William began playing Dr. Gil Grissom on "CSI: Crime Scene Investigation," and he took some time off in 2006 to appear in a stage production of "Dublin Carol" at the Trinity Repertory Company. He left his regular role on the show during season nine, but he continued in his role as an executive producer and later returned as a guest star. Petersen appeared in 196 episodes of "CSI" as well as the 2015 series finale/TV movie "CSI: Immortality." During his time on "CSI," he appeared in the films "The Skulls" (2000) and "The Contender" (2000) and the television film "Haven" (2001), and he reprised the role of Gil Grissom in two episodes of the CBS series "Without a Trace" (2007; 2008). In 2011, William appeared in the film "Detachment," and he co-starred with Steve Carell and Keira Knightley in 2012's "Seeking a Friend for the End of the World." In 2015, he starred as Col. Emmett Darrow on the WGN series "Manhattan." Petersen has also appeared in numerous stage plays, including "Glengarry Glen Ross" (1984), "A Streetcar Named Desire" (1984), and "American Buffalo" (1991).

William married Joanne Brady in 1974, and they had a daughter, Maite (born in 1975) before divorcing in 1981. Petersen wed Gina Cirone on June 14, 2003, and they welcomed twins, a son and daughter, via surrogate on July 5, 2011. William is a fan of the Chicago Cubs and has sung "Take Me Out to the Ball Game" at several of their games at Wrigley Field; he also narrated the 2001 documentary "Wrigley Field: Beyond the Ivy." In 2001, he testified before the U.S. Senate Judiciary Committee in support of the Paul Coverdell National Forensic Sciences Improvement Act.

"CSI" earned Petersen a Golden Globe nomination for Best Performance by an Actor in a Television Series – Drama for in 2004, a Satellite Award nomination for Best Performance by an Actor in a Series, Drama in 2002, and a "TV Guide" Award nomination for Actor of the Year in a New Series in 2001. The cast of "The Contender" was honored with the Alan J. Pakula Award at the 2001 Broadcast Film Critics Association Awards, and William shared a Screen Actors Guild Award for Outstanding Performance by an Ensemble in a Drama Series with his "CSI" castmates in 2005. As a "CSI" producer, Petersen received three Outstanding Drama Series nominations from Primetime Emmy Awards (2002, 2003, and 2004), and three PGA Award nominations for Outstanding Producer of Episodic Television, Drama (2003, 2004, and 2005). For his theatre work, William earned a Joseph Jefferson Award for "In the Belly of the Beast" (1985) and a Jeff Award for "Blackbird" (2009). He received a star on the Hollywood Walk of Fame in 2009. 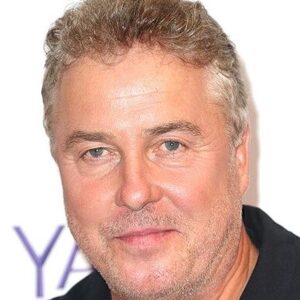