William Moseley net worth and salary: William Moseley is an English actor who has a net worth of $8 million. William Moseley was born in Sheepscombe, Gloucestershire, England in April 1987. He is best known for playing the role of Peter Pevensie in The Chronicles of Narnia film series. His father Peter was a cinematographer.

He was cast by Pippa Hall as an extra in the TV series Cider with Rosie. In 2002 he next appeared in the TV film Goodbye, Mr. Chips. Moseley's breakout role came as Peter Pevensie in 2005's The Chronicles of Narnia: The Lion, the Witch and the Wardrobe. Pippa Hall remembered him as an extra and recommended him for the part. He reprised the role in 2008's The Chronicles of Narnia: Prince Caspian, and had a cameo in 2010's The Chronicles of Narnia: Voyage of the Dawn Trader. Since then he has appeared in the films Don Cheadle is Captain Planet, Run, Of Corset's Mine, and The Silent Mountain. In 2012 he appeared as a competitor on the game show American Ninja Warrior. William has won a CAMIE Award and a Nickelodeon UK Kids Choice Award. He is part of the Stand Up to Cancer "Change the Odds" program. 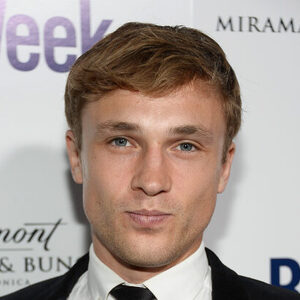