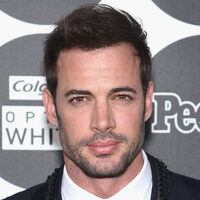 What is William Levy's net worth?

William Levy is a Cuban American actor and model who has a net worth of $6 million. After finding success as a model, William Levy landed notable television and film roles. Levy first became known to English speaking audiences after he appeared in a music video for the Jennifer Lopez song "I'm Into You," which premiered in the United States on May 2nd of 2011. Soon after, he was exposed to a large, new audience thanks to his participation in the popular ABC game show, "Dancing With The Stars." His career has continued to flourish in the next decade and beyond.

At various points in his career there have been reports of alleged financial problems for Levy. At one point in 2012 it was reported that William's town home in Miami was under foreclosure. In 2019 a report from People En Espanol claimed that Levy was indeed having financial problems and apparently owed $200,000 in back taxes to the IRS, dating back to the 2017 tax year. When reached for comment by the Miami Herald, Levy denied the reports, claiming he was "doing great" and was in the process of opening two restaurants.

He was born William Gutiérrez-Levy on August 29, 1980 in Cojimar, Cuba. Levy was raised by Barbara, a single mother. His maternal grandfather was Jewish, but Levy grew up in a secular household. When William was a teenager, the family, including his brother, Jonathan Gutierrez Levy and his sister Barbara Gutierrez Levy, immigrated to Miami, Florida. He attended Barbara Goleman Senior High School in the suburb of Miami Lakes. After high school, William went on to attend St. Thomas University for two years where he studied business administration and was on a baseball scholarship. Levy later went to Los Angeles and studied acting. He continued his acting studies in Miami and Mexico City.


Levy's career began when he worked as a model for the Next Models Agency and then later moved into the Spanish-speaking region of show business, appearing in two reality shows on the Spanish TV channel Telemundo: Isla de la Tentación and Protagonistas de Novela 2. In 2005, Levy performed at the Centro de Bellas Artes in San Juan, Puerto Rico, starring in the play "La Nena Tiene Tumbao." He continued to rise in this subdivision on TV, appearing in a Univision production of "Olvidarte Jamas" followed by later appearances in "Mi Vida Eres Tu" and "Acorralada."

From there, Williams appeared in a Spanish-language feature film called Retazos de Vida. In 2008, Williams landed his first film role in "Retazos de Vida," directed by Viviana Cordero. From this, he was invited by TV producer Carla Estrada to star in "Pasion," which ended up being his breakthrough in Mexican telenovelas. He was next cast as the lead in "Cuidado con el Angel" alongside actress and singer Maite Perroni. The show was first broadcast in Mexico in June 2008 and began airing in the United States in September 2008 on Univision, averaging 5 million viewers nightly. The following year, he starred on "Sortilegio," airing on Univision. The finale drew in 6.6 million viewers, beating out both ABC and CBS viewers for the time slot. 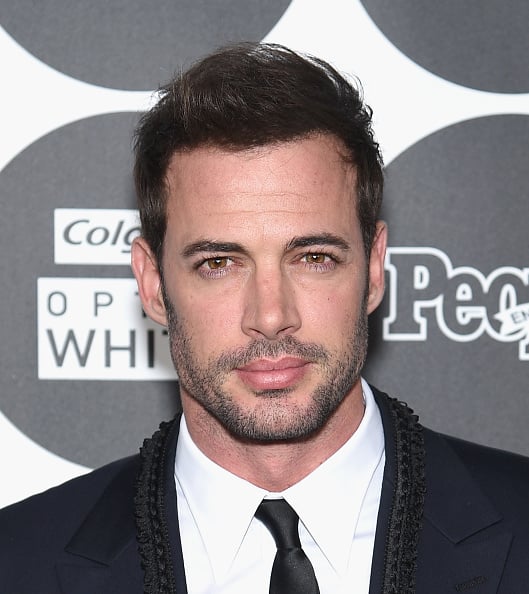 It wasn't long before Levy began getting bigger roles in Spanish soap operas and lending his voice to the Spanish version of the animated children's film "Planet 51." The movie opened in November 2009 in Mexico and earned an award for Best Animated Spanish-Language Fi;m of 2009 at the Premios Goya. From November 2009 to February 2010, Levy toured several Mexican cities with the play "Un Amante a la Medida." The production toured in the United States in June 2010. In October 2010, Levy participated in the Mexican telenovela "Triunfo del Amor," appearing again with Maite Perroni. He appeared in season three of the popular Mexican series the following year.

Levy's biggest role for English-speaking audiences came when he starred in a music video for the Jennifer Lopez song "I'm Into You," which premiered in the United States on May 2nd of 2011.  It aired on NBC's Today on May 2, 2011. As a result, Levy appeared on the cover of the Spanish version of People Magazine for its special issue on the sexiest man of the year for 2011. In 2012, it was announced that Levy would be appearing in two episodes of the VH1 reality TV series "Single Ladies," with Denise Vasi. Soon after, he was exposed to a large, new audience thanks to his participation in the 14th season of the popular ABC game show "Dancing With The Stars." He danced with two-time champion Cheryl Burke as his dance-pro partner. The pair finished the season in third place. In December 2012, William was cast as Captain Damian Fabre for the remake of "La Tormenta," titled "La Tempestad," which aired in 2013. Levy starred in an erotic drama called "Addicted" the same year and was named by Variety as one of the Top 10 Latino Actors and Actresses in Hollywood.

In 2014, Levy gained further exposure to American audiences when he co-starred in Tyler Perry's film "The Single Moms Club." In 2017, he was cast in the lead role as Warrior in Brent Ryan Green's film "The Veil." In 2018, William began playing Mateo Ferrera in the Fox musical drama series "Star." He appeared on the show for two seasons. He made a cameo of himself in 2017's hit film "Girls Trip." Later that year, he played Brando in the film "Cinderelo." Next up, he starred as Chepa in 2018's "El Fantasma de mi novia." The following year, Williams played the role of Victor Faust in "En Brazos In de un Asesino."

In May 2021, Williams began to appear in a main role in the Columbian telenovela "Cafe con aroma de Mujer." Over the course of his career, Williams has garnered many awards and nominations, including four Premios Juventud wins.

William Levy has been in an on-again, off-again, relationship with Elizabeth Guitierrez since 2003. They have two children together, a son Christopher Alexander, born in 2006, and a daughter, Kailey Alexandra, born in March 2010. In February 2022 William revealed over instagram that he and Elizabeth had separated. He actually deleted the posts soon thereafter and its unclear of the breakup actually occurred.

William is a philanthropist and donates his time fixing houses for low-income families in Mexico as part of the Alianzas que Construyen Televisa Foundation.

In October 2017 William and Elizabeth jointly paid $700,000 for a property in Fort Lauderdale, Florida. They reportedly spent at least $1 million, perhaps more, razing the former structure and building a new mansion on the lot.