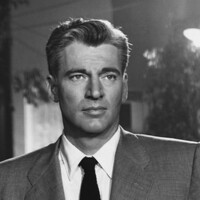 William Hopper net worth: William Hopper was an American actor who had a net worth equal to $4 million at the time of his death in 1970 (adjusting for inflation). William Hopper was born in New York City, New York in January 1915 and passed away in March 1970. He acted on stage as well as in films and on television. He was the only child of actor DeWolf Hopper and columnist Hedda Hopper. William Hopper had more than 130 acting credits to his name including starring as Paul Drake on the television series Perry Mason from 1957 to 1966. He served in the United States Navy during World War II. Hopper appeared on Broadway and won a contract at Paramount Pictures. He played the leading many in the movies Public Wedding and Over the Goal and starred in the films The Footloose Heiress and Mystery House. After returning to acting from the military he went on to star in a number of films including The High and the Mighty, Rebel Without a Cause, The Bad Seed, and more. In 1959 he was nominated for a Primetime Emmy Award for Best Supporting Actor (Continuing Character) in a Dramatic Series for Perry Mason. William Hopper passed away on March 6, 1970 at 55 years old of a stroke.