William Holden net worth: William Holden was an American actor who had a net worth of $20 million. William Holden was born in O'Fallon, Illinois in April 1918 and passed away in November 1981. He was one of the biggest draws at the box office during the 1950s. Holden starred in movies such as Stalag 17, the Blue Knight, Sunset Boulevard, The Bridge on the River Kwai, Sabrina, Picnic, The Wild Bunch, Network, and The Towering Inferno.

Holden won an Academy Award for Best Actor in a Leading Role in 1954 for Stalag and was nominated for the same award in 1951 for Sunset Blvd. and in 1977 for Network. He also won a Primetime Emmy Award in 1974 for Best Lead Actor in a Limited Series for The Blue Knight. Holden was awarded a Star on the Hollywood Walk of Fame in 1960 at 1651 Vine Street. Holden was listed #25 on the American Film Institute's AFI's 100 Years…100 Stars list. He was also named one of the Top 10 Stars of the Year from 1954 to 1958 and again in 1961. His stepdaughter Virginia Holden Gaines authored the book Growing Up with William Holden: A Memoir in 2011. William Holden passed away on November 12, 1981 at 63 years old from a household accident. 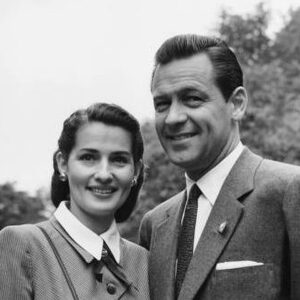