How much is William Fichtner Worth?

William Fichtner net worth: William Fichtner is an American actor who has a net worth of $8 million dollars. William Fichtner was born on Mitchel Air Force Base in New York. He grew up in Cheektowaga, New York, and went on to attend Farmingdale State College. He then graduated from the State University of New York – Brockport with a degree in Criminal Justice. He subsequently shifted his focus to acting and attended the American Academy of Dramatic Arts. He began his professional acting career on television in the late 80s, appearing on the soap opera, "As the World Turns". Since then, he has appeared in guest starring, supporting, recurring, and co-starring roles on multiple television shows and films. Some of his projects include, "Grace Under Fire", "Quiz Show", "Strange Days", "Contact", "Armageddon", "Go", "The Perfect Storm", "Pearl Harbor", "Black Hawk Down", "Equilibrium", "MDs", "Crash", "The West Wing", "Invasion", "Blades of Glory", "Date Night", "Prison Break", "Entourage", "Elysium", "The Lone Ranger", and "Crossing Lines". 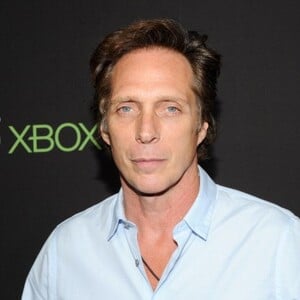