What is William Devane's Net Worth?

William Devane is an actor of film, television, and theatre who has a net worth of $5 million. William Devane is best known for his roles on the primetime soap opera "Knots Landing" and the action drama series "24." On the big screen, he has been in such films as "Family Plot," "Marathon Man," and "Space Cowboys." Devane's other credits include the films "McCabe & Mrs. Miller," "Rolling Thunder," "Testament," and "Interstellar," and the television shows "The Monroes," "Turks," and "The Grinder."

William Devane was born on September 5, 1939 in Albany, New York. His father, Joseph, had served as Franklin D. Roosevelt's chauffeur when Roosevelt was the governor of New York. Devane is of Irish ancestry on his father's side and of German and Dutch descent on his mother's side. He went to the American Academy of Dramatic Arts in New York City, graduating in 1962.

Devane started his professional acting career with the New York Shakespeare Festival, where he acted in 15 plays. Subsequently, in 1966, he portrayed Robert F. Kennedy in the off-Broadway satire "MacBird!" From 1967 to 1969, Devane appeared in three episodes of the police drama television series "N.Y.P.D."

Television Career in the 70s and 80s

Devane appeared on many television series and in television films throughout the 70s. Early in the decade, he was in episodes of the medical series "Medical Center" and "Young Dr. Kildare," and guest-starred in an episode of the Western series "Gunsmoke." Devane was also in episodes of "Mannix" and "Hawaii Five-O." Meanwhile, he appeared in such television movies as "The Bait," "Fear on Trial," "Red Alert," and "Black Beauty," and was in the three-part miniseries remake of "From Here to Eternity." One of Devane's most notable roles during the decade was in the 1974 television film "The Missiles of October," in which he portrayed President John F. Kennedy.

Following his work on the "From Here to Eternity" miniseries in 1979, Devane reprised his role on the 1980 NBC spinoff of the miniseries. He was next in the television films "Red Flag: The Ultimate Game," "The Other Victim," "Jane Doe," and "With Intent to Kill." Devane landed his most famous role in 1983, when he began playing politician Greg Sumner in the fifth season of the primetime soap opera "Knots Landing." He continued on in the role through the show's end in 1993. In 1987, Devane starred in the science-fiction horror television film "Timestalkers," based on Ray Brown's novel "The Tintype." 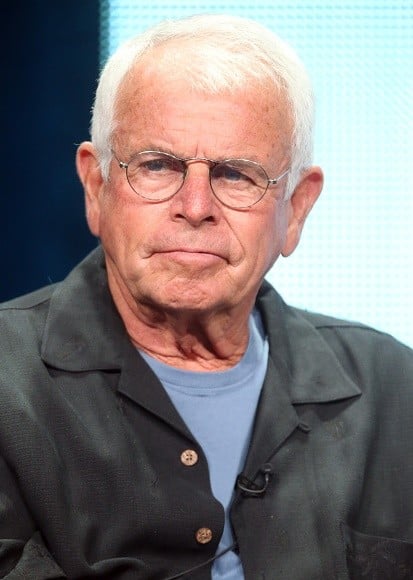 While still on "Knots Landing" in the early 90s, Devane starred in the television film "Murder C.O.D." and the biographical miniseries "A Woman Named Jackie," about Jacqueline Kennedy Onassis. Next, from 1993 to 1994, he starred alongside Judith Light and Angela Goethals on the short-lived sitcom "Phenom." Devane subsequently portrayed Al Capone in a 1994 episode of "Lois & Clark: The New Adventures of Superman," and the same year, appeared in the television film "For the Love of Nancy." He was then in three television movies in 1995: "Falling from the Sky: Flight 174," "Virus," and "Night Watch." Also that year, Devane starred on the short-lived primetime soap opera "The Monroes." The actor closed out the decade with a recurring role on the fantasy series "Early Edition" and a main role on the short-lived police drama series "Turks."

Devane had a number of main, recurring, and guest-starring roles throughout the 00s and 2010s. Among his credits were the sitcom "The Michael Richards Show," the political drama "The West Wing," and the science-fiction series "Stargate SG-1." In 2006, Devane costarred on the short-lived sitcom "Crumbs," and began a recurring role on the short-lived ABC dramedy "What About Brian?" One of his biggest television roles was from 2005 to 2007, when he played James Heller on the action drama series "24"; he later reprised the role in the 2014 limited-run sequel "24: Live Another Day." In 2015, Devane had a main role on the short-lived legal comedy series "The Grinder." His other credits have included the shows "Psych," "NCIS," and "Revenge," as well as the "Jesse Stone" series of made-for-television mystery movies.

Devane had his breakthrough year on the big screen in 1971, when he appeared in five films: "The Pursuit of Happiness," "The 300 Year Weekend," "McCabe & Mrs. Miller," "My Old Man's Place," and "Lady Liberty." He followed this big year with roles in the crime dramas "The Irish Whiskey Rebellion" and "Report to the Commissioner." Devane was in two major films in 1976: Alfred Hitchcock's final movie "Family Plot" and John Schlesinger's thriller "Marathon Man." He was subsequently in "The Bad News Bears in Breaking Training," and starred in "Rolling Thunder," "The Dark," and John Schlesinger's "Yanks." Devane reunited with Schlesinger in 1981 for the comedy "Honky Tonk Freeway." He was then in "Testament" and "Hadley's Rebellion."

In the 90s, Devane was in "Vital Signs," "Exception to the Rule," and the Mel Gibson action thriller "Payback." He kicked off the next decade with roles in four movies, including Clint Eastwood's "Space Cowboys" and Paul Verhoeven's "Hollow Man." Subsequent credits included "Race to Space," "The Badge," "Stargate Continuum," "The Least Among You," "Chasing the Green," and "The River Why." In 2012, Devane had a notable supporting role as the President of the United States in Christopher Nolan's superhero sequel "The Dark Knight Rises." Subsequently, he was in "Bad Turn Worse" and "50 to 1," and reunited with Nolan for the science-fiction film "Interstellar."

Devane is married to his wife Eugenie, whom he wed in 1961. They had two sons, Joshua and Bill, the latter of whom was killed in an accident. 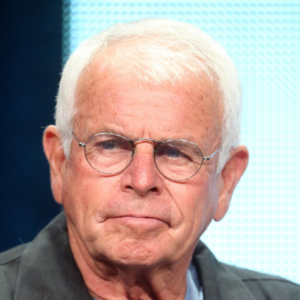