William Daniels Net Worth: William Daniels is an American actor and former president of the Screen Actors Guild. William Daniels has a net worth of $5 million dollars. Older audiences probably know him best for playing Dustin Hoffman's character's father in the 1967 film "The Graduate", the iconic coming-of-age movie which also starred Anne Bancroft and Katharine Ross. Younger audiences probably know him best for playing Mr. Feeny on the 1990s sitcom "Boy Meets World", the iconic coming-of-age television show which also starred Ben Savage and Danielle Fishel. He served as President of the Screen Actors Guild from 1999 to 2001, the iconic coming-of-age union that represents actors such as himself, Dustin Hoffman, Ben Savage, Danielle Fishel and more.

William was born on March 31, 1927 in Brooklyn, New York. He  made his dancing debut at the age of 4. By the time he was 8 he was performing with his little sister Jacqueline in a song and dance duo that appeared on a number radio shows and television variety shows. At age 15, Daniels hit the road to become an understudy for two roles in the hit play Life With Father. After graduation, Daniels made his television debut in an episode of The Hallmark Hall of Fame as President John Quincy Adams then found little other success during his first few years out of school.

It wasn't until 1957, when legendary playwright Tennessee Williams selected Daniels to portray the role of Brick in the national company tour of Cat on a Hot Tin Roof, that Daniels' career started to take off. As we mentioned previously, he earned accolades for his part in 1967's "The Graduate".

Daniels landed a crucial role in 1982 as heart surgeon Dr. Mark Craig on the hit series St. Elsewhere. This character won Daniels two Emmy Awards for outstanding lead actor in a television series (1985, 1986). His wife, Bonnie, who also portrayed his wife on the show, also won an Emmy in 1986—making the couple only the second in movie history to win Emmys on the same night. Daniels also went on to provide the voice of KITT, the artificially intelligent super car on Knight Rider (1982-86). In 2013, Daniels took on the role of the beloved Mr. Feeny on an updated adaptation of Boy Meets World entitled Girl Meets World.

William and his wife Bonnie Bartlett married in 1951. They have three children. 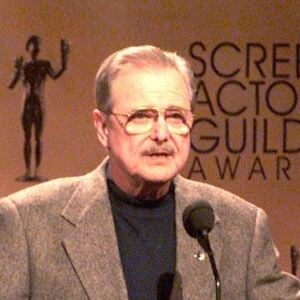