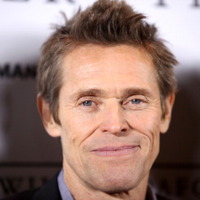 What is Willem Dafoe's Net Worth?

Willem Dafoe is an actor, best known for his performances in such films as "To Live and Die in L.A.," "Platoon," "The Last Temptation of Christ," "Shadow of the Vampire," "Spider-Man," and "The Florida Project."As of this writing, Willem Dafoe's net worth is $40 million.

Willem Dafoe was born on July 22, 1955 in Appleton, Wisconsin as one of eight children of Muriel and William. He is of Scottish, French, English, Irish, and German descent. As a teen, Dafoe went to Appleton East High School. Later, he studied drama at the University of Wisconsin – Milwaukee. Dafoe left college after a year-and-a-half to join the experimental theater group Theatre X in Milwaukee. Subsequently, in 1976, he moved to New York City, where he apprenticed under avant-garde theater director Richard Schechner, founder of The Performance Group. From The Performance Group, Dafoe co-founded The Wooster Group alongside Elizabeth LeCompte, Jim Clayburgh, and others.

Film Career in the 80s

He followed this with two leading roles in 1985, in "Roadhouse 66" and "To Live and Die in L.A." The next year, Dafoe gave one of his most iconic performances in Oliver Stone's Vietnam War film "Platoon." He played Sergeant Elias Grodin, a compassionate soldier who locks horns with the cynical Sergeant Barnes, played by Tom Berenger. "Platoon" won Best Picture at the Academy Awards, while Dafoe received a nomination for Best Supporting Actor.

Dafoe had another big year in 1988, when he starred in three films. The first was another Vietnam War drama, "Off Limits." Next, he portrayed Jesus Christ in Martin Scorsese's controversial religious drama "The Last Temptation of Christ." Finally, Dafoe starred opposite Gene Hackman in the historical crime thriller "Mississippi Burning." He closed out the decade with roles in two biopics: "Triumph of the Spirit," about Jewish Greek boxer Salamo Arouch, and "Born on the Fourth of July," about US Marine and activist Ron Kovic.

Dafoe began the 90s with a cameo in John Waters' "Cry-Baby" and a leading role in David Lynch's romantic crime film "Wild at Heart." He followed this with more leading roles in "Flight of the Intruder," "Light Sleeper," "White Sands," "Body of Evidence," "Tom & Viv," "Clear and Present Danger," "The Night and the Moment," and "Victory." In 1996, Dafoe had a supporting role in the romantic war epic "The English Patient," the second film of his to win the Oscar for Best Picture. The next year, he played the villainous John Geiger in the action sequel "Speed 2: Cruise Control," and also appeared in the mystery drama "Affliction." Dafoe was subsequently in "Lulu on the Bridge," "New Rose Hotel," "eXistenZ," and the action thriller "The Boondock Saints," in which he starred as gay FBI Special Agent Paul Smecker. 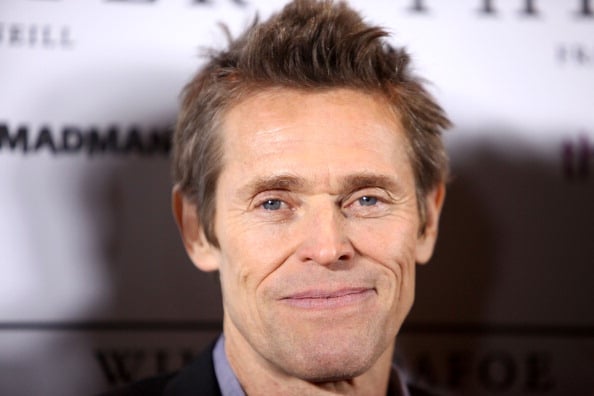 Dafoe continued to work prolifically throughout the 2000s. His first credit of the decade was a supporting role in the satire "American Psycho," starring Christian Bale. He followed this with a leading role in Steve Buscemi's crime drama "Animal Factory." Next, Dafoe portrayed a fictionalized version of German actor Max Schreck in "Shadow of the Vampire"; for the performance, he earned his second Academy Award nomination for Best Supporting Actor. Following leading roles in "Pavilion of Women" and "Edges of the Lord," Dafoe had perhaps his most famous role in the 2002 superhero film "Spider-Man," playing supervillain Green Goblin. The actor would later reprise this role in three more "Spider-Man" movies. Among Dafoe's other notable credits in the 2000s are "Finding Nemo," "The Clearing," "The Life Aquatic with Steve Zissou," "Control," "Manderlay," "Inside Man," "The Walker," and "Antichrist."

In the early 2010s, Dafoe was in such films as "Miral," "A Woman," "The Hunter," "John Carter," "Tomorrow You're Gone," "Odd Thomas," and Lars von Trier's "Nymphomaniac." He had a huge year in 2014, appearing in six films including "A Most Wanted Man," Wes Anderson's "The Grand Budapest Hotel," the action film "John Wick," and Abel Ferrara's "Pasolini," in which he portrayed the eponymous Italian filmmaker. He followed this with roles in "Dog Eat Dog," "A Family Man," and "Sculpt." In 2017, Dafoe received his third Academy Award nomination for Best Supporting Actor for his performance as motel manager Bobby Hicks in "The Florida Project." Another nomination came the next year, this time in the Best Actor category, for his portrayal of Vincent van Gogh in "At Eternity's Gate." Later credits have included "The Lighthouse," "Tommaso," "Motherless Brookyln," "Togo," "The French Dispatch," "The Card Counter," and "Nightmare Alley."

Dafoe started dating experimental theater director Elizabeth LeCompte in 1977. They had a son, Jack, in 1982. The couple separated in 2004 having never married. Subsequently, Dafoe wed Italian filmmaker and actress Giada Colagrande in March of 2005. The two divide their time living in Rome, Los Angeles, and New York City.