William Belli Net Worth: William Belli is an American actor, drag queen, and recording artist who has a net worth of $1 million. William Belli was born in Philadelphia, Pennsylvania in June 1982. He is best known for his role as Cherry Peck in the TV series Nip/Tuck and for being a contestant on the fourth season of Ru Paul's Drag Race.

Belli also had success with his drag queen pop trio DWV and their music video parodies "Chow Down" and "Boy is a Bottom". Belli first appeared on the TV series The District in 2002. He starred as Cherry Peck on the series Nip/Tuck from 2004 to 2006. He has starred in the movies American Wedding, The Last Shot, Unbeatable Harold, Because I Said So, Defying Gravity, Dog Tags, Ticked-Off Trannies with Knives, BloodRayne 3: The Third Reich, Blubberella, The Newest Pledge, Fun Size, and Lost Angeles. Belli is the first contestant to ever be disqualified from RuPaul's Drag Race. His debut studio album The Wreckoning was self-released in 2012. Belli was nominated for Most Addictive Reality Star at the 2012 NewNowNext Awards. 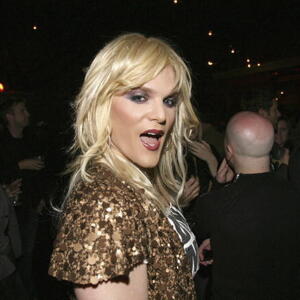