Willa Holland Net Worth: Willa Holland is an American actress and fashion model who has a net worth of $5 million dollars. Born June 18, 1991 in Los Angeles, California, she is best known for her role as Kaitlin Cooper, Marissa Cooper's younger sister, on the television series The O.C. and as Agnes Andrews, the hard-partying teen model friend of Jenny Humphrey (Taylor Momsen), on Gossip Girl. It seemed like fate when her family spent the summer of 1998 at the house of Steven Spielberg, a close friend of her step-dad. Spielberg turned out to be the one who suggested that Willa should be put in front of the camera. Inspired by the award-winning director's words, Willa's mother signed Willa with the Ford Modeling Agency upon their return to Los Angeles. She was only seven years old then and was, surprisingly, immediately booked for her first professional job in a photo-shoot for Burberry. Holland went on to do numerous national television commercials. In 2001, Willa appeared in Ordinary Madness and got the opportunity to work with her father, the film's Director of Photography. Her television debut came in 2005 when she played Kalla for two episodes of the HBO comedy The Comeback, supposedly the TV comeback vehicle of Lisa Kudrow after Friends. Willa Holland has positioned herself as a young talent to watch in Hollywood. 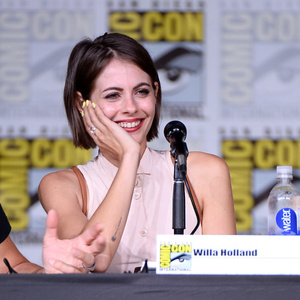