Will Smith Net Worth

in Richest Celebrities › Actors
Will Smith Net Worth:
$350 Million
splits: 27

What is Will Smith Net Worth's and Salary?

Will Smith is an actor, film producer and rapper who has been on of the most famous and popular celebrities in the world for decades. As of this writing, Will Smith has a net worth of $350 million. Every year, Will Smith earns at least $40 million from his various endeavors and has earned as much as $80 million in some years. For example, between June 2019 and June 2020, Will earned $45 million from his various endeavors, primarily film salaries.

At the peak of his career in the 2000s, Will earned $20 – $30 million per movie. In recent years he has earned massive single-film salaries from Netflix. He reportedly earned $20 million for the 2017 Netflix movie "Bright" and $35 million for its sequel.

Will Smith was born and raised in West Philadelphia of modest beginnings as the son of a school administrator and refrigerator engineer. One of his childhood friends was Jeffrey Allen Townes, who was a popular local DJ and was eventually known as DJ Jazzy Jeff. They met by chance when Jeff was performing down the street and needed a hype man. Smith jumped at the chance and the two had instant chemistry. They would eventually form a group called DJ Jazzy Jeff & The Fresh Prince.

In 1986 they caught the year of Russell Simmons at Def Jam Records who signed them to a deal. Their debut album "Rock the House" was released in 1987. The album went gold. Their second album "He's the DJ, I'm the Rapper" was released in 1988. It was a smash hit, selling more than three million copies. In total, the duo would release five albums together.

In 1988, Will earned the first Grammy ever for the newly formed Rap category.

Between 1988 and 1990, Will Smith earned approximately $10 million from his musical career.  Assuming the good times would last forever, Will proceeded to spend his money like it was going out of style. He purchased houses, cars, clothes, jewelry and much more. He didn't just spoil himself, he also spoiled his friends and family. Unfortunately, right around the time he won the Grammy, radio audiences were beginning to grow tired of Will and Jazzy Jeff. Their "radio-friendly" songs were suddenly being sneered at as "rap sell-outs".

Also, unfortunately, during the high times, Will was not paying his taxes. At 21 years old, Will was informed that he neglected to pay $2.8 million worth of taxes during his fat years. That's the same as around $6 million worth of debt after adjusting for inflation.

Around this time, Will was approached by super-producer Quincy Jones about starring in a television show. Initially, Will vehemently rejected the idea of starring in a TV sitcom. He was terrified that this would make him look like even more of a sellout. But on the plus side, the gig came with a large paycheck.

If the show was renewed for more seasons, the salary would go up. With the not-so-subtle encouragement from the IRS, Will signed on to star in the newly titled sitcom "The Fresh Prince of Bel Air". The IRS also arranged to have 70% of Will's salary garnished until his debt was completely paid off.

During an interview with 60 Minutes years later, Will said the following about his early TV days:

"For the first three years of The Fresh Prince of Bel-Air, the IRS was taking 70 percent of every check and after the third year I got back to zero. It's terrible to have that kind of success and have to quietly be broke." 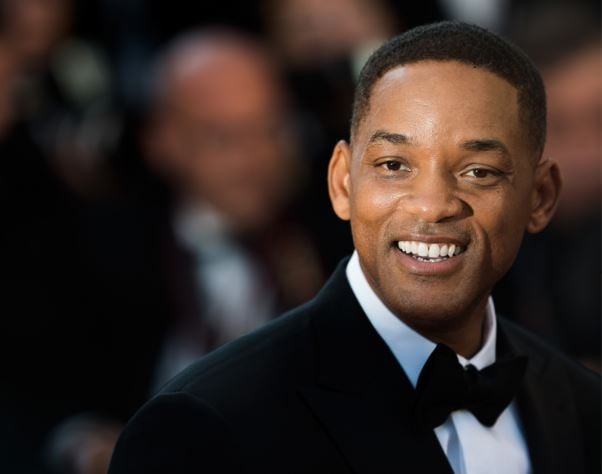 Riding high from his hit sitcom, in 1993 Will was paid $500,000 to star in "Six Degrees of Separation", for which he received critical acclaim.

His movie career took off in a big way in 1995, when he co-starred in the hit action-comedy, "Bad Boys", for which he earned $2 million. Years later he would earn $20 million to appear in the sequel.

In the 20 years between 1993 and 2013, Will earned $200 million in movie salaries and bonuses. As of this writing, his movie earnings easily top $300 million, perhaps much more if some of his reported backend deals are accurate. Will's biggest confirmed payday came in 2013 when he earned $20 million in upfront salary and $80 million in backend points from Men In Black 3 thanks to his 10% cut of the gross. He reportedly also had 20% of the gross of Bad Boys 2, Hancock, and Pursuit of Happyness. Though it could be possible that he actually had 20% of net profits, as opposed to gross which would be significantly different numbers. If he indeed has gross points he would have earned $355 million from those four movies alone.

His largest upfront payday was the $28 million he earned for I, Robot. In 2018 he earned $20 million to star in Netflix's Bright. Netflix reportedly paid Will $35 million to reprise his role in Bright 2.

Smith was twice nominated for an Academy Award, both for portraying real people, Muhammad Ali in "Ali" and Chris Gardner in "The Pursuit of Happyness". Among his awards, Smith has two BET Awards, one Image Award, four MTV Movie Awards, and two People's Choice Awards.

Will has two children with his wife, Jada Pinkett, his wife since 1997. Their children, Jaden Smith and Willow Smith, are both in the entertainment industry. He also has a son named Trey with his first wife, Sheree Ampino.

Will and Jada own around 10 properties in the United States. Here's a brief breakdown of their most notable current and former properties:

In 1999 Will and Jada spent $7.5 million to acquire a stunning 100-acre property in the hills between Malibu and Calabasas, California. Over the next year they bought several nearby parcels to string together 150-acres of contiguous land. The property features a 20,000 square-foot main house, several guest houses, a private lake, a horse riding ring, equestrian trails, stables, tennis courts and much more. They designed the property in a Santa Fe style after falling in love with actor Gene Hackman's Santa Fe home. They actually hired Hackman's Santa Fe architect for the project which took years to kick-off due to environmental concerns and permit restrictions. In 2013 they quietly listed the property for $42 million but did not find a buyer. Today this property alone is likely worth $50 – $70 million.

In 2017 Will and Jada sold their 7-acre oceanfront compound in Kauai for $12 million. They bought the multi-home property in 2015 for $10 million. In 2011 they sold a different oceanfront Hawaiian property on 7-acres for $20 million to Ekaterina Rybolovlev, the daughter of billionaire Russian oligarch Dmitry Rybolovlev.

They also own a 9,000 square foot home located in a gated community Hidden Hills, California and a 9,200 square-foot ski chalet in Park City, Utah.

In September 2021 Will and Jada paid a little over $11 million for a 10,400 square-foot home in Hidden Hills, California.

In total, the Smiths own at least $100 million worth of real estate around the world that we know about.

Will Smith has a net worth of $350 million. He is one of the highest-paid actors of the last twenty years, having earned hundreds of millions of dollars in move salaries alone. Will and his wife Jada own an impressive real estate portfolio that includes properties around the country. 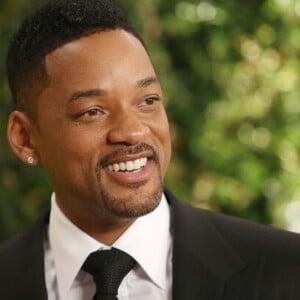