Will Poulter Net Worth

in Richest Celebrities › Actors
Will Poulter Net Worth:
$5 Million
splits: 1

Will Poulter net worth: Will Poulter is an English actor who has a net worth of $5 million dollars. Will Poulter was born in Hammersmith, London, England, and began his professional acting career when he was in his early teens, appearing on the television series, "Comedy: Shuffle", and participating in school productions.

He gained widespread notice for his critically acclaimed performance in the film, "Son of Rambow", when he was 15 years old. He then went on to appear in the television series, "Lead Balloon", and co-starred on the comedy series, "The School of Comedy". In the late 2000s, he shifted his focus to film work, appearing as Eustace Stubb in "The Chronicles of Narnia: The Voyage of the Dawn Treader", "Wild Bill", and "We're the Millers". He is slated to appear in multiple projects over the next few years, including "Plastic", "The Maze Runner", "Kids in Love", and "Glassland". 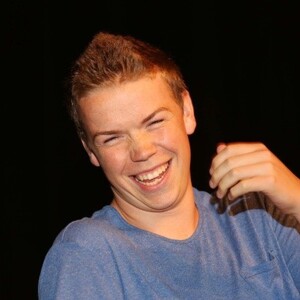