Will McCormack Net Worth

in Richest Celebrities › Actors
Will McCormack Net Worth:
$5 Million

Will McCormack Net Worth: Will McCormack is an American actor and producer who has a net worth of $5 million dollars. Born in 1974, Will McCormack graduated from Trinity College in Connecticut before beginning his acting career. He began as a stage actor in a 1996 Broadway production of "Summer and Smoke". He made his on-screen debut as Jason La Penna on HBO's "The Sopranos" from 1999 to 2001.

From there, McCormack went on to appear in "American Outlaws" as Bob Younger, "A Midsummer Night's Rave" as Greg, and "Must Love Dogs" as Jason. He scored a part on TV series "Dirt" from 2007 until 2008, "Brothers & Sisters" from 2008 until 2009, and "In Plain Sight" from 2008 until 2012. He had a small part in the hit Will Ferrell comedy "Elf" in 2003. He is credited as a co-screenwriter on 2012's comedy-drama "Celeste and Jesse Forever", which he also acted in and produced. While working on screen, McCormack continued appearing in stage productions, including two Off-Broadway showings of "The Long Christmas Ride Home" in 2003 and "Chinese Friends" in 2004. He won the 2004 Lucille Lortel Award for Outstanding Featured Actor for "The Long Christmas Ride Home". He dated well-known Hollywood actress Lucy Liu in 2005. 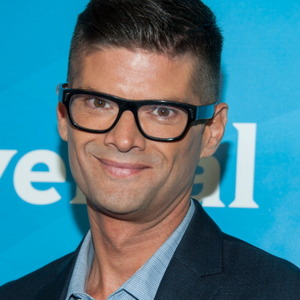