Will Hutchins Net Worth

in Richest Celebrities › Actors
Will Hutchins Net Worth:
$5 Million

Will Hutchins net worth: Will Hutchins is an American actor who has a net worth of $5 million. Will Hutchins was born in Los Angeles, California in May 1930. He is best known for starring as Tom Brewster in the Warner Brothers Western television series Sugarfoot on ABC from 1957 to 1961. Hutchins starred as Woodrow "Woody" Banner on the TV series Hey, Landlord from 1966 to 1967.

From 1968 to 1969 he starred as Dagwood Bumstead in the series Blondie. He also starred in the films Lafayette Escadrille, No Time for Sergeants, Merrill's Marauders, The Shooting, Spinout, Clambake, Shangani Patrol, The Horror at 37,000 Feet, Magnum Force, The Happy Hooker Goes to Washington, Maverick, and The Romantics. Will was married to Chris Burnett, the sister of Carol Burnett, from 1965 to 1969. 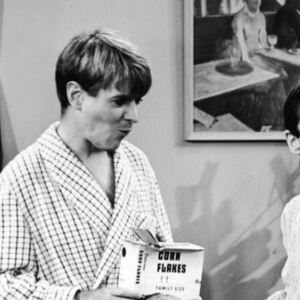