Will Friedle Net Worth

in Richest Celebrities › Actors
Will Friedle Net Worth:
$500 Thousand
💰 Compare Will Friedle's Net Worth

Will Friedle net worth: Will Friedle is an American actor and comedian who has a net worth of $500 thousand. Will Friedle was born in Hartford, Connecticut, and began commuting to New York City for acting classes and auditions while he was a high school student. He went on to graduate from Occidental College, and began his professional on-camera career as the co-host of "Don't Just Sit There" on Nickelodeon in the late 80s. From there, he went on to appear on such television shows as "Law and Order", "Are You Afraid of the Dark?", and "Zoe, Duncan, Jack, and Jane". He began adding film and television movie credits to his resume in the late 90s. He has appeared in such projects as "Trojan War", "My Date with the President's Daughter", and "National Lampoon's Gold Diggers". He is most widely recognized for his co-starring roles on "Boy Meets World", and "Kim Possible". He also has a busy voiceover career, and has voiced Batman for "Batman Beyond", "The Static", and other titles, as well as voicing characters for a wide range of feature length cartoons and video games. 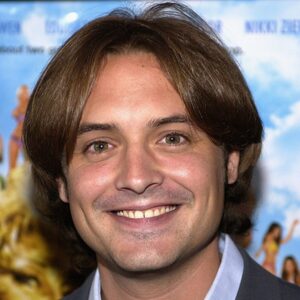