Will Ferrell Net Worth

in Richest Celebrities › Actors
Will Ferrell Net Worth:
$160 Million
💰 Compare Will Ferrell's Net Worth

What is Will Ferrell's net worth?

Will Ferrell is an American comedian, actor, and writer who has a net worth of $160 million dollars. Will Ferrell is best known for his many comedic movies and his years as a sketch comedy artist on Saturday Night Live. At times he has been one of the highest-paid actors in the world, commanding $20+ million for a single film.

John William (Will) Ferrell was born on July 16, 1967 in Irvine, California to Betty Kay (a teacher) and Roy Lee Ferrell Jr. (keyboardist for the band The Righteous Brothers.) Will's parents divorced when he was eight, mainly due to his father's traveling and inability to produce a steady paycheck at times. This turned Will off from show business, and his intention in his early years growing up was that he wanted to have a steady job and a normal life. He went to Culverdale Elementary and later attended University High School where he was a kicker for the school football team. He was also captain of the basketball team and participated in soccer. He has claimed that growing up in "dull" suburban California contributed to his creative sense of humor.

Ferrell became interested in acting during his high school years, creating comic voices for the school's daily morning announcements with a friend. He would perform comic skits in the school's talent shows, and was voted "best personality" in the senior superlatives amongst his classmates.

Ferrell attended the University of Southern California, studying Sports Broadcasting and graduating with a degree in Sports Information. He was known around campus for his pranks, such as dressing as a janitor and walking into his friends' classes. He was also known for streaking on campus with his fraternity (Delta Tau Delta). Will graduated in 1990, tried a brief but unsuccessful stint as a stand up comedic, and ultimately joined the Los Angeles comedy/improvisation group The Groundlings in 1994 to develop his improvisation skills. 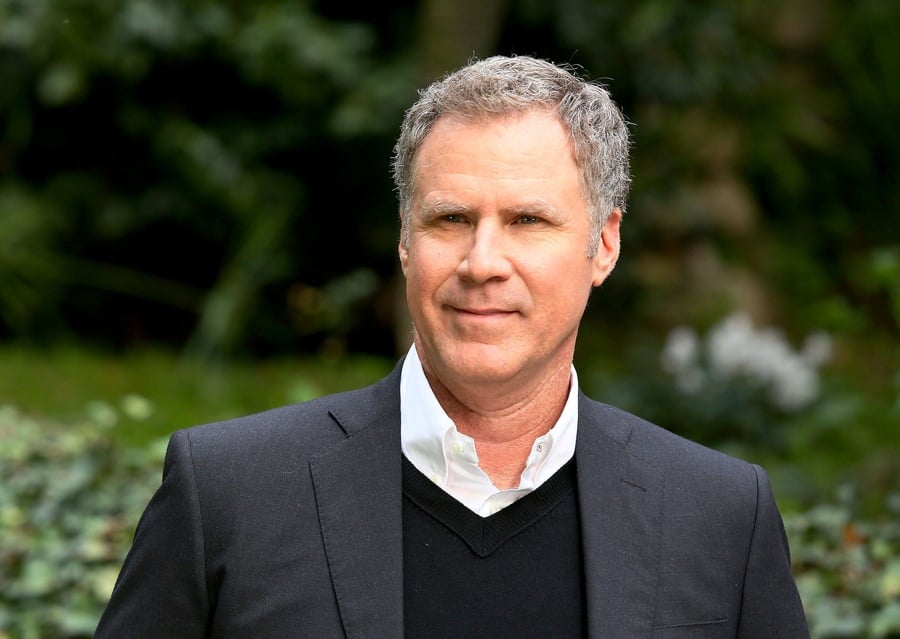 From 1994-1995, Saturday Night Live's ratings and popularity began to decline. An SNL producer saw The Groundlings and asked Ferrell (along with future SNL players/fellow Groundlings members Chris Kattan and Cheri Oteri) to audition for Lorne Michaels, SNL's main producer. Ferrell became a main cast member on SNL in 1995 and enjoyed a seven-year tenure.

He's guest-hosted the show five times since his 2002 departure, thus making him a member of the show's coveted "Five Timers" club. In a 2014 poll put out by SNL, Ferrell was voted the best SNL cast member of all time. 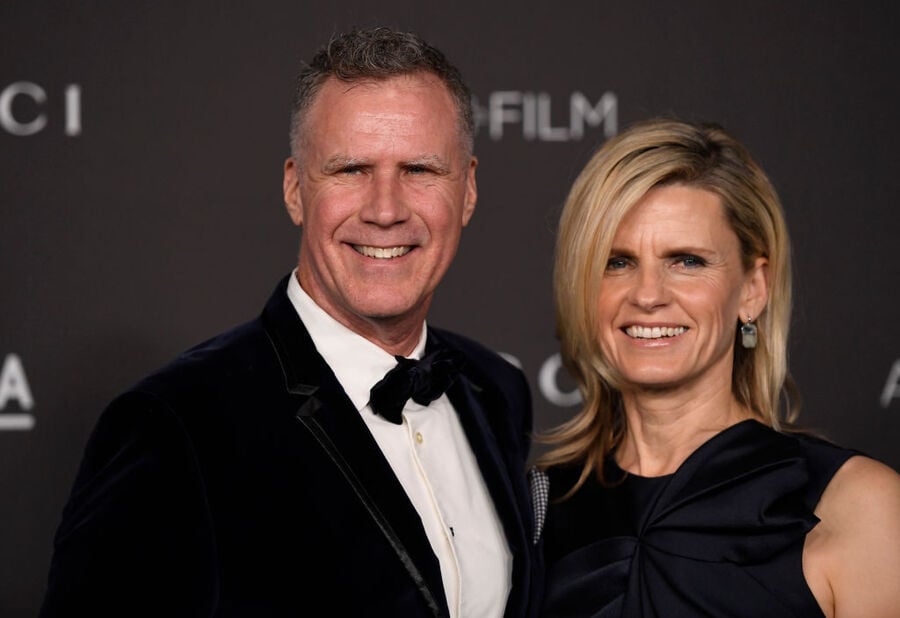 Ferrell appeared in several movies during his Saturday Night Live career, including Austin Powers: International Man of Mystery, Superstar and The Ladies Man (which were based on SNL characters), Dick, Drowning Mona, and Zoolander, among others. After he left SNL, his first starring role was in 2003's Old School as Frank "The Tank" Richard. The role was met with critical acclaim, and the film was a huge commercial success. Ferrell was nominated for an MTV Movie Award for Best Comedic Performance for his role as Frank. Later that year, he was cast as the title role in Elf, and continued to land major roles in films such as Anchorman: The Legend of Ron Burgundy, and Starsky and Hutch. In 2005 alone, Ferrell earned a cool $40 million.

He continued on his path of critical and box office successes in 2016 when he starred in Stranger Than Fiction (where he successfully showed off his aptitude for dramatic acting) and Talladega Nights: The Ballad of Ricky Bobby, which was his highest-grossing opening yet at $47 million. In 2008, another box office smash came in the form of Step Brothers, in which he co-starred with John C. Reilly. It earned $128 million worldwide.

The era of Ferrell began to cool slightly in 2009 when Land of the Lost was released to a commercial and critical flop, earning only about $19 million on opening weekend. He continued to make movies into the 2010s, mostly in the form of sequels to past blockbusters. Ferrell continues to be one of the most recognizable faces in comedy with his whacky and unique style of humor.

At the peak of his career in the early to late 2000s, Will was one of the highest paid actors in Hollywood. He consistently earned $20 million per movie. Today he can still earn very high film salaries, but his earnings recently are a mix of lower base salary and backend profit participation points.

After earnings $7 million for Anchorman in 2004, Will's salary bumped to $20 million minimum. A sample of his movies for which he was paid $20 million include Kicking & Screaming, Bewitched, Talladega Nights, Semi-Pro and Land of the Lost.

In November 2021 Will revealed that he was once offered $29 million to do an "Elf" sequel. He turned the paycheck down because his heart wasn't into making a second iteration. As he explained in 2021:

"I would have had to promote the movie from an honest place, which would've been, like, 'Oh no, it's not good. I just couldn't turn down that much money. And I thought, 'Can I actually say those words? I don't think I can, so I guess I can't do the movie.'" 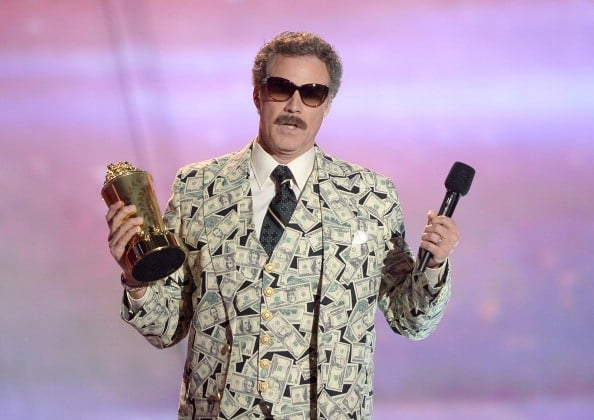 In April 2007, Ferrell and his comedy partner Adam McKay founded Funny or Die, a streaming video website featuring user-generated comedy films which are voted on by website visitors. In January 2009, Ferrell made his Broadway debut with his one-man show featuring his impression of President Bush called You're Welcome America – A Final Night with George W. Bush. He has worked as a voice actor for several animated films and TV shows, including Curious George and Family Guy.

He is part-owner of the Los Angeles FC soccer team.

For HBO, Will and McKay have co-produced  a number of television shows including Eastbound & Down (starring Danny McBride, whom Will helped discover), and Succession.

Ferrell has participated in the Boston and New York Marathons. He raises money for the charity Scholarships for Cancer Survivors.

Since 2007, Will's primary home in Los Angeles has been a $9.9 million mansion in the Hollywood Hills that he bought from Ellen DeGeneres. The property stretches 2.3-acres over three parcels of land with multiple structures over massive rolling lawns and gardens. Today the property would easily fetch $20 million on the open market. 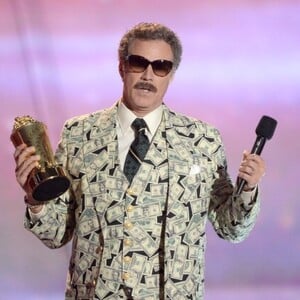