Whoopi Goldberg net worth and salary: Whoopi Goldberg is an American comedian, actress, author, talk show host, singer-songwriter, and political activist who has a net worth of $60 million. Her annual salary on The View is $8 million.

Early Life: Whoopi was born Caryn Elaine Johnson in New York, NY on November 13, 1955. She attended St Columba's, a local Catholic school in the Chelsea-Elliot area. Whoopi dropped out of high school and lived in East Germany and worked in theater productions for a time. After that, she moved to Berkeley and worked various odd jobs such as waiting tables and bricklaying. She joined the Blake Street Hawkeyes theater group and taught comedy and acting classes while performing in various theater productions.

Career: Her first onscreen appearance came in Citizen: I'm Not Losing My Mind, I'm Giving It Away in 1982. Whoopi then created a one-woman show composed of different character monologues called Whoopi Goldberg in 1983 and the play went to Broadway. It ran for 156 performances. Her next big break came in 1985 when she caught the eye of Steven Spielberg and was cast as Cecile, the lead role in The Color Purple. The film was a critical and commercial success and was nominated for 11 Oscars, including a nod to Goldberg for Best Actress.

The '90s was when Whoopi really hit her stride, starting by playing a psychic in 1990's Ghost, also starring Patrick Swayze and Demi Moore. That role won her the Academy Award for Best Supporting Actress; she was only the second black woman to win an Oscar in that category. Goldberg starred in two Star Trek movies next, and in 1992, Sister Act was released. That film grossed over $200 million and Goldberg was nominated for a Golden Globe for her role. She reprised her role in the sequel, Sister Act 2: Back in the Habit. She became the first African American woman to host the Oscars in 1994. Other notable films she acted in throughout the '90s include Corrina, Corrina and The Little Rascals. The 2000s were also successful for Whoopi, as she took supporting roles in How Stella Got Her Groove Back, Girl, Interrupted, and more.  She co-produced Hollywood Squares from 1998 to 2004. Whoopi has also acted in several installments of the Star Trek franchise.

In 2010, Whoopi starred in Tyler Perry's For Colored Girls alongside Janet Jackson. The film grossed over $38 million worldwide and received positive reviews. The same year, she did voice work in critically-acclaimed and box office smash Toy Story 3. Golberg developed a reality show, Strut, in 2016 for the Oxygen network. She appeared in another Tyler Perry film, Nobody's Fool, in 2018 alongside Tiffany Haddish. 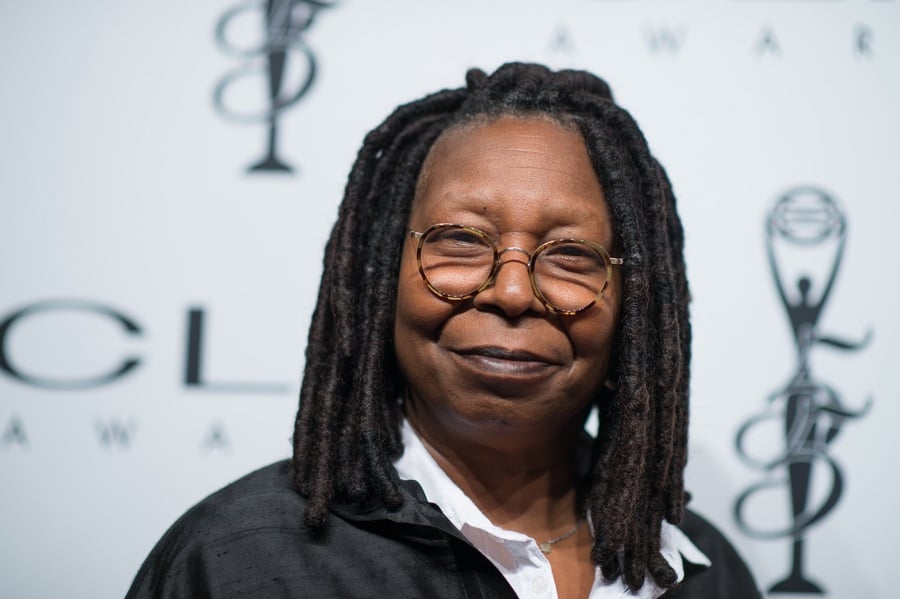 The View: Whoopi is also known for her work as a moderator and co-host on talk show The View. She joined the series in 2001 as a replacement for Rosie O'Donnell. Her debut drew in 3.4 million viewers and saw a 7 percent increase in viewership from O'Donnell in the previous season. She is known to make divisive comments on the show and has stirred up controversy from fans over the years.

Other Ventures: Apart from her film and talk show career, Goldberg is also an author of children's and non-fiction books. She has also starred on stage including in a production of Sister Act in 2010 which she also produced for Broadway. She is an entrepreneur and cofounded Whoopi & Maya, a company that makes medical cannabis products for women needing relief from menstrual cramps.

Accolades: Whoopi has been nominated for more than 20 Emmy Awards for The View. In 2009, she won the Daytime Emmy Award for Outstanding Talk Show Host. She is known as one of the few entertainers who have won a Grammy, Oscar, Emmy, and Tony award (EGOT). She won a Grammy award for Best Comedy Recording in 1985 for Whoopi Goldberg: Direct From Broadway, making her only the second solo woman performer to receive the award. In addition to a Golden Globe for Ghost, Whoopi also won a BAFTA for that role. In 1990, Goldberg was named an honorary member of the Harlem Globetrotters. Whoopi received a Tony Award in 2002 for her work as a producer of Broadway musical Thoroughly Modern Millie.  She also has won three People's Choice Awards. In 2001, Whoopi won the Mark Twain Prize for American Humor.

Altogether she has won more than 50 awards and been nominated for 80 more. Goldberg also received a star on the Hollywood Walk of Fame in 2001 at 6841 Hollywood Blvd. She was rumored to be the highest-paid actress in film in the 1990s.

Activism: Goldberg has been a long-time supporter of LGBTQ rights. In 1999, she received the Gay and Lesbian Alliance Against Defamation Vanguard Award for her work in supporting the gay and lesbian community. She participated in 1987's March On Washington, marching in support of LGBTQ rights and AIDS awareness. She launched Give a Damn with Cyndi Lauper and other celebrities in April 2010, which is a campaign to bring awareness to the discrimination of the LGBT community. Goldberg is also on the national council advisory board of the National Museum of American Illustration. Her humanitarian efforts also include working for Comic Relief.

Personal Life: In 1978, Goldberg witnessed a plane crash in San Diego. From this, she developed PTSD and a lifelong fear of flying.

Whoopi has been married three times, as well as involved with actors Ted Danson and Frank Langella. She was married to Alvin Martin from 1973-1979, David Claessen from 1986-1988, and Lyle Trachtenberg from 1994-1995. She has a daughter, Alexandrea Martin, who is also an actress and a producer. Whoopi had Alexandrea when she was 18 years old. She has three grandchildren and one great-granddaughter.

Whoopi has admitted to being a former drug addict and also suffers from dyslexia. She admitted to smoking marijuana before accepting her Best Supporting Actress award for Ghost in 1991. She spoke out about her abortion in 1991's The Choices We Made: Twenty-Five Women and Men Speak Out About Abortion.

Goldberg's mother died in 2010 after suffering a stroke. At the time, Whoopi had been performing in Sister Act The Musical in London. She left the production for two months before returning to London. Goldberg's brother, Clyde, died of a brain aneurysm in 2015.

Real Estate: In 1993, Whoopi paid $2.6 million for a home in LA's Pacific Palisades neighborhood. She listed this home for sale in January 2018 for $8.8 million. A year later she RAISED the price to $9.6 million. It is still for sale as of this writing.

Today her primary residence is a large estate in West Orange, New Jersey which she bought in 2009 for just under $3 million. 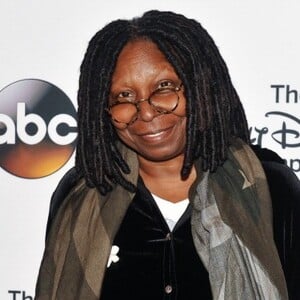