Wes Studi net worth: Wes Studi is a Cherokee actor who has a net worth of $1 million dollars. Wes Studi was born in Nofire Hollow, Oklahoma and grew up speaking Cherokee. He did not learn English until elementary school. He went on to serve in the U.S. Army and to fight in Vietnam.

After returning to the United States, he got married and began working in ranching. He was also very politically active, and taught Cherokee language lessons at local schools, and co-founded a Cherokee-language newspaper. He shifted his focus to acting after he and his wife were divorced. He has since gone on to play a number of memorable co-starring and starring roles in such films as "Dances with Wolves", "The Last of the Mohicans", "Geronimo: An American Legend", "Heat", "The Horse Whisperer", "Mystery Men", "Road to Redemption", "Skinwalkers", "Into the West", "Bury My Heart at Wounded Knee", "Hell on Wheels", and "Being Flynn". He is next slated to appear in the film, "Sugar". 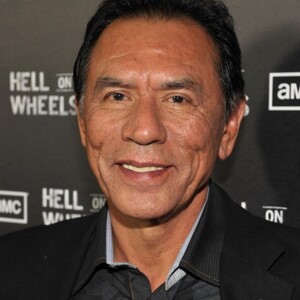