Wes Bentley net worth: Wes Bentley is an American actor who has a net worth of $3 million dollars. Wes Bentley was born in Jonesboro, Arkansas, and was accepted to the Juilliard School's Drama Division. He chose to drop out after one year, to pursue an acting career full-time. He appeared in his first major project in 1998, the film "Beloved". He became a household name in 1999, when he co-starred in the Academy Award-winning film, "American Beauty". Since then, he has gone on to play supporting, co-starring, or starring roles in such film projects as "The Claim", "Soul Survivors", "The Four Feathers", "The Game of Their Lives", "Weirdsville", "Ghost Rider", "The Tomb", "Jonah Hex", "Rites of Passage", "Hirokin", "There Be Dragons", "The Hunger Games", "Star in Shorts", and "Lovelace". He is next slated to appear in the films, "Final Girl", "The Green Blade Rises", "Pioneer", and "Welcome to Me".

Substance abuse and career resurgence: Wes struggled with drug addiction directly after his success with American Beauty. His addiction caused his wife to separate from him with their children and eventually file for divorce. He eventually sought treatment and made a somewhat triumphant return to Hollywood starting with appearances in Off-Braodway plays. In 2014, his career came back in full swing with appearances in several movies most notably "Interstellar" and the TV show "American Horror Story". 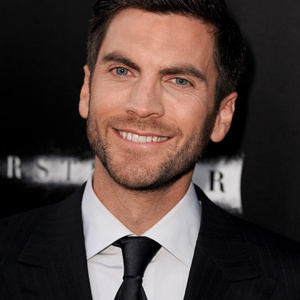