Wentworth Miller Net Worth: Wentworth Miller is an English-born American actor, model, and screenwriter with a net worth of $4 million. Miller rose to stardom after he was cast as Michael Scofield on the Fox series "Prison Break," which ran from 2005 to 2009, then returned for a fifth season in 2017. His first starring role was David Scott in the 2002 ABC miniseries "Dinotopia," and he has appeared in several films, including "The Human Stain" (2003), "Underworld" (2003), and "Resident Evil: Afterlife" (2010). Wentworth is also known for playing Leonard Snart / Captain Cold on The CW series "The Flash" (2014–2019) and "Legends of Tomorrow" (2016–2018), and he appeared in the 2005 Mariah Carey music videos "It's Like That" and "We Belong Together." Miller wrote the 2013 psychological thriller "Stoker" (using the pen name Ted Foulke) and the 2016 horror film "The Disappointments Room," and he served as an executive producer on the fifth season of "Prison Break."

Early Life: Wentworth Miller was born Wentworth Earl Miller III on June 2nd, 1972, in Chipping Norton, Oxfordshire, England. His American parents, Roxann (a special education teacher) and Wentworth (a teacher and lawyer), were living in England when Miller was born because his father was a Rhodes Scholar at the University of Oxford. Wentworth's father is of African-American, German, Jamaican, and English heritage, and his mother's ancestry is Rusyn, French, Lebanese, Swedish, Syrian, and Dutch. The family relocated to Park Slope, Brooklyn, when Miller was very young, and he attended Brooklyn's Midwood High School and Leetsdale, Pennsylvania's Quaker Valley High School, graduating in 1990. During high school, Wentworth made straight A's and joined the school newspaper staff and the AV club. After graduation, he enrolled at Princeton University, where he served as the school newspaper's cartoonist and sang with The Princeton Tigertones a cappella group. Miller earned an A.B. in English in 1995, then moved to Los Angeles and began working for a company that made television films. Wentworth has two younger sisters, Leigh and Gillian.

Career: Miller made his television debut on a 1998 episode of "Buffy the Vampire Slayer," and appeared in his first film, a direct-to-video version of "Romeo and Juliet," two years later. From 1999 to 2000, he guest-starred on three episodes of the "Party of Five" spin-off "Time of Your Life," and in 2000, he appeared on The WB series "Popular" and the NBC medical drama "ER." Wentworth then appeared in the 2001 short film "Room 302" and the miniseries "Dinotopia," which aired as part of "The Wonderful World of Disney" on ABC. In 2003, he co-starred with Anthony Hopkins and Nicole Kidman in "The Human Stain" and played Dr. Adam Lockwood in "Underworld," which grossed $95.7 million at the box office. In 2005, Miller guest-starred on the CBS series "Joan of Arcadia" and "Ghost Whisperer," appeared in the short film "The Confession," lent his voice to the big-budget film "Stealth," and landed a lead role on "Prison Break." Since his character's torso was covered in tattoos, Wentworth had to spend more than four hours having fake tattoos applied every time he filmed the show. "Prison Break" aired 81 episodes between 2005 and 2009 (as well as a 2009 television movie, "Prison Break: The Final Break"), then aired a nine-episode fifth season in 2017. In 2020, he announced that he would no longer play heterosexual characters and wasn't interested in participating in any potential upcoming seasons of "Prison Break." 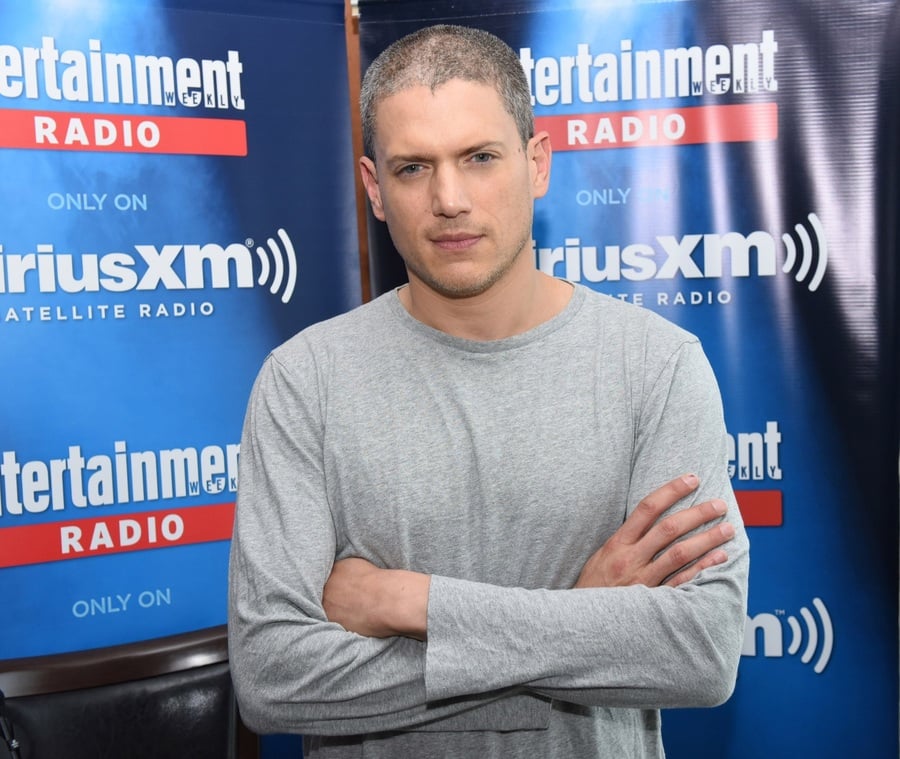 After the original run of "Prison Break," Miller appeared on NBC's "Law & Order: Special Victims Unit" (2009) as Detective Nate Kendall, guest-starred on Fox's "House" (2011), voiced Slade Wilson / Deathstroke on "Young Justice" (2013), and played soldier Chris Redfield in the 2010 film "Resident Evil: Afterlife," which brought in $300.2 million at the box office. In 2014, he began a recurring role as Leonard Snart / Captain Cold on "The Flash, and he had a main role on the first season of "Legends of Tomorrow," then switched to a recurring role for the rest of the series. Both shows also starred his "Prison Break" brother Dominic Purcell as Mick Rory / Heat Wave. While starring on "The Flash," Wentworth appeared in the 2014 film "The Loft" and the 2015 short film "2 Hours 2 Vegas," guest-starred on the CBS series "Madam Secretary" (2019), and returned to "Law & Order: Special Victims Unit" (2019), this time playing A.D.A. Isaiah Holmes.

Personal Life: In 2013, Wentworth came out as homosexual in a letter on the GLAAD website in which he stated that he wouldn't attend the Saint Petersburg International Film Festival due to Russia's LGBT propaganda law and the fact that "people like [him]self are being systematically denied their basic right to live and love openly" in the country. Miller spoke at the Human Rights Campaign Dinner in 2013, revealing that he attempted suicide several times during his teenage years. He also spoke of his decision to keep his sexuality a secret after finding fame on "Prison Break," saying "When I thought about the possibility of coming out, and how it would impact me and the career I had worked so hard for, I was filled with fear." In 2016, when a meme making fun of his weight began circulating, Miller addressed it on Facebook, stating that when the photo was taken in 2010, he was suicidal and using food to cope. In October 2016, the mental health charity Active Minds named Wentworth an ambassador, and he was the keynote speaker at the organization's national conference the following month.

Awards and Nominations: In 2006, Miller received a Golden Globe nomination for Best Performance by an Actor in a Television Series – Drama for "Prison Break." The series also earned him five Teen Choice Award nominations, a Gold Derby Award nomination for Breakthrough Performer of the Year, and a Bravo Otto nomination for Best Male TV Star. Wentworth won a Saturn Award from the Academy of Science Fiction, Fantasy & Horror Films for Best Guest Performance in a Television Series for "The Flash" in 2014, and he was nominated for Best Actor on Television for "Prison Break" in 2006. "The Human Stain" earned him Black Reel Award nominations for Film: Best Actor and Film: Best Breakthrough Performance, and "Stoker" received Best Screenplay nominations from the "Fangoria" Chainsaw Awards, Fright Meter Awards, and International Online Cinema Awards. 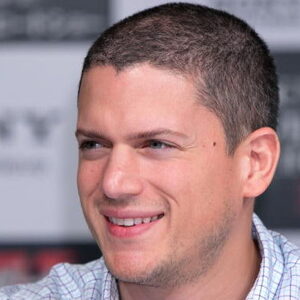