Wendy Schaal net worth: Wendy Schaal is an American actress and voice actress who has a net worth of $6 million. Wendy Schaal was born in Chicago, Illinois in July 1954. From 1980 to 1981 she starred as Vicki Allen on the television series It's a Living. Schaal starred on the TV series Fantasy Island from 1981 to 1982.

From 1990 to 1991 she starred as Debbie Lapidus on the series Good Grief. One of her best known roles has come voicing the role of Francine Smith on the television series American Dad! Starting in 2005. Wendy Schaal has appeared in films including Bound for Glory, Munchies, Batteries Not Included, The 'Burbs, My Girl 2, Small Soldiers, Holiday in the Sun, and more. She has also appeared in or voice roles for episodes of the TV series Welcome Back, Kotter, Rhoda, Little House on the Prairie, Happy Days, The Love Boat, Knight Rider, The A-Team, MacGyver, Full House, Night Court, Dear John, Murder, She Wrote, Friends, Star Trek: Voyager, The X-Files, and more. 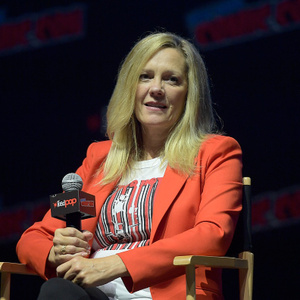