Wendy Raquel Robinson net worth and salary: Wendy Raquel Robinson is an American actress who has a net worth of $4 million dollars. Wendy Raquel Robinson was born in Los Angeles, California, and graduated with BFA in Drama from Howard University. She began her professional acting career in the early 90s, with a guest-starring role on the comedy, "Martin". From there, she went on to appear on such television shows as, "The Sinbad Show", "Thea", "M.A.N.T.I.S", "Dream On", "Sisters", "The Watcher", and "Vanishing Son". She began to gain widespread notice when she was cast on the series, "Minor Adjustments". In 1996, she was cast in the role that would make her a household name, as Principal Regina Grier on "The Steve Harvey Show". She remained with the series for all six seasons. Since then, she has guest starred on "Yes, Dear", "The Parkers", and "Girlfriends", as well as providing voice work for multiple cartoons, including, "The Boondocks" and "Family Guy". She is currently appearing on the drama, "The Game". In August 2018, Wendy's husband of 15 years Marco Perkins filed for divorce. In the documents he is seeking at least $10,000 per month in support and claims that Wendy's monthly income still stops $200,000. 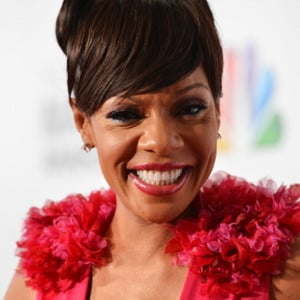