Wendy Moniz net worth: Wendy Moniz is an American actress who has a net worth of $6 million. She is known for starring in several TV series including Guiding Light, Nash Bridges, and The Guardian.

Wendy Moniz was born in Kansas City, Missouri in January 1969. Moniz starred as Dinah Marler on the soap opera Guiding Light from 1995 to 1999. From 2000 to 2001 she starred as Insp. Rachel McCabe on the television series Nash Bridges. Wendy Moniz starred as Louisa "Lulu" on the TV series The Guardian from 2001 to 2004. From 2013 to 2014 she starred as Elaine McAllister on the series Betrayal. Moniz began starring as Governor Perry on the television series Yellowstone in 2018. She has had recurring roles on the TV series House of Cards, Pure Genius, Kingdom, One Life to Live, Damages, Big Shots, and more. She was nominated for Soap Opera Digest Awards in 1996 and 1997.

Wendy Moniz married Frank Grillo in 2000. The couple separated in 2020. They have two children together. 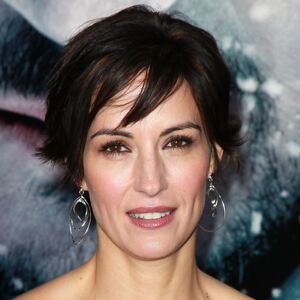