What is Wendie Malick's Net Worth?

Wendie Malick is an American actress and former fashion model and has a net worth of $16 million. Wendie Malick is best known for her roles on such television comedy series as "Dream On," "Just Shoot Me!," "Hot in Cleveland," and "Frasier." She has also made over 50 guest appearances on other shows, and has starred in numerous television movies. On the big screen, Malick has appeared in such films as "Scrooged," "The American President," and "Confessions of a Shopaholic."

Wendie Malick was born on December 13, 1950 in Buffalo, New York to Ken, who worked in sales, and Gigi, who was a former model. She is of Egyptian, French, English, and German ancestry. As a teen, Malick went to Williamsville South High School; she later enrolled at Ohio Wesleyan University in Delaware, Ohio. After graduating from the latter in 1972, she became a fashion model for the Wilhelmina modeling agency. Malick eventually left to work for Republican Congressman Jack Kemp in Washington, DC, before deciding to pursue her acting career.

Television Career in the 80s and 90s

In 1982, Malick had her first television acting role in an episode of the NBC sitcom "One of the Boys." The next year, she landed her first main role on the short-lived ABC medical drama "Trauma Center." This was followed by guest appearances on the shows "Paper Dolls" and "Mike Hammer," and a supporting role in the television film "Private Sessions." From 1985 to 1989, Malick had a recurring role as Allie's ex-husband's new wife on the CBS sitcom "Kate & Allie." During this time, she also appeared in episodes of "Another World," "Scarecrow and Mrs. King," "Highway to Heaven," "Supercarrier," "The Highwayman," "Hunter," and "Anything But Love." In 1989, Malick began playing the recurring role of Gayle Buchannon on "Baywatch."

Malick had her breakthrough television role in 1990, when she was cast in the main role of Judith Tupper Stone on the HBO sitcom "Dream On." The show ran for six seasons through 1996. While on the show, Malick appeared in episodes of numerous other series, including "The Fanelli Boys," "MacGyver," "Civil Wars," "The Human Factor," "NYPD Blue," "Family Album," "Love & War," "L.A. Law," "The Commish," "Viper," "Mad About You," "Empty Nest," "Tales from the Crypt," "Seinfeld," and "Cybill." She was also in the television films "Madonna: Innocence Lost" and "Hart to Hart: Secrets of the Hart." In 1996, Malick starred as the lead in her own sitcom, "Good Company," which was ultimately canceled after just six episodes. She subsequently appeared in episodes of "Mr. Rhodes," "The Single Guy," "Boston Common," and "Life's Work." Malick had her next big part in 1997, when she began playing the main role of Nina Van Horn on the NBC sitcom "Just Shoot Me!" In 1999 and 2002, she received Emmy Award nominations for her work on the series, which ran until 2003. 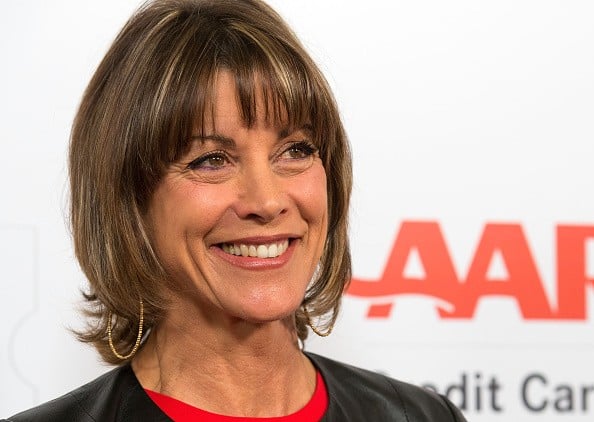 In the early-to-mid 2000s, Malick lent her voice to episodes of the animated programs "Pepper Ann," "Ozzy & Drix," "Kim Possible," and "Bratz." From 2002 to 2004, she had a main voice role on "Fillmore!" Meanwhile, from 2003 to 2004, Malick had a recurring role as Ronee Lawrence in the final seasons of the sitcom "Frasier." Her subsequent credits included episodes of "Wild Card," "Reba," "Law & Order," and "Out of Practice." Malick landed her next main role in 2005, when she began starring opposite John Stamos on the ABC sitcom "Jake in Progress." The same year, she began another main role on the animated series "The X's," and in 2006, started yet another main role on the sitcom "Big Day."

Malick had one of her biggest parts from 2010 to 2015, playing soap opera star Victoria Chase on the TV Land sitcom "Hot in Cleveland." Her other credits during the decade included recurring roles on "BoJack Horseman," "Pitch," "Kulipari: An Army of Frogs," "American Housewife," "Mom," "This is Us," and "The Ranch." Malick also had a main role on the police procedural series "Rush Hour," which only lasted for 13 episodes. Meanwhile, her television film credits included Hallmark Christmas movies such as "Finding Father Christmas," "Engaging Father Christmas," and "Marrying Father Christmas." In 2020, Malick began voicing the main role of Edalyn Clawthorne on the animated series "The Owl House." She has also had recurring roles on the comedy series "Young Sheldon" and "Dear White People."

Malick made her feature film debut in the 1982 comedy "A Little Sex," in which she played the supporting role of Philomena. She returned to the big screen six years later with another supporting role in the Christmas comedy "Scrooged." In the 90s, Malick was in Leonard Nimoy's romantic comedy "Funny About Love"; Barry Levinson's biographical crime film "Bugsy"; Rob Reiner's political dramedy "The American President"; and George Huang's romantic comedy "Trojan War." In 1997, she had her first leading role on film in the independent drama "Jerome."

Malick began the 2000s voicing the character of Chicha in the Disney animated film "The Emperor's New Groove." She was then in such films as "Cahoots," "Manna from Heaven," "Raising Genius," "Racing Stripes," and "Waiting…," and did voice work for a number of direct-to-video animated movies. Malick followed this with roles in "Adventureland," "Confessions of a Shopaholic," "The Goods: Live Hard, Sell Hard," "Alvin and the Chipmunks: The Squeakquel," and "Knucklehead." In 2011, she starred in the independent comedy "About Fifty." Subsequent credits have included "Jewtopia," "Endings, Beginnings," and "Mack & Rita."

In 1982, Malick wed actor and screenwriter Mitch Glazer; they divorced in 1989. Next, in 1995, she married Richard Erickson. The couple resides in the Topanga area of Los Angeles, California, where they have three dogs, a cat, and two horses.

For over a decade Wendy has owned a 9-acre mountain-top property in Topanga, California. The property is likely worth $4-6 million today. 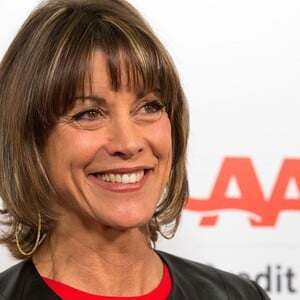