What is Wendell Pierce's Net Worth?

Wendell Pierce is an American actor who has a net worth of $8 million. He is perhaps best known for his television work on shows like "Suits," "The Wire" and "Treme," although Wendell is also an established film actor who has appeared in more than 30 movies over the course of his career. Some of his most notable films include "Malcolm X," "Ray," and "Selma." Outside of his on-camera work, Pierce has appeared in a number of notable plays, including a production of "Death of a Salesman" that was staged in London's West End.

Over the course of his career, Pierce has won a number of awards, accolades, and honors, including a nomination for a Laurence Olivier Award and three nominations for Independent Spirit Awards.

Wendell Edward Pierce was born on December 8th of 1963 in New Orleans, Louisiana. Raised alongside two brothers by a teacher and a World War II veteran who served at the Battle of Saipan alongside the US Marines, Wendell grew up in the neighborhood of Pontchartrain Park. This became the first African-American post-war suburb. Unfortunately, this entire community would be utterly destroyed by Hurricane Katrina in 2005, with Pierce's family home being covered by more than 14 feet of water.

Wendell graduated from a special arts-focused secondary program in 1981, earning awards such as Presidential Scholar of the Arts and appearing on stage in Shakespeare's "The Winter's Tale" at an early age. During this period, he also hosted a youth-themed talk show for a local NBC affiliate and a weekly jazz show for another radio station.

After leaving high school, Pierce attended the prestigious Julliard School, graduating in 1985 with a Bachelor of Fine Arts.

Wendell began his career in film, starting with minor roles in movies like "The Money Pit," "Casualties of War," and "Family Business" in the late 80s. He then went on to appear in movies such as "A Matter of Degrees," "A Rage in Harlem," and "Malcolm X" during the early 90s. During this period, Pierce also began his television career with shows such as "A Man Called Hawk," "The Equalizer," "Capital News," and "I'll Fly Away."

Throughout the mid-90s, Pierce continued to appear in a number of notable films, booking roles in movies like "Manhattan Murder Mystery," "It Could Happen to You," and "Bye Bye Love." In 1995, he booked the role of Agent Dick Gill in "Hackers." The film featured a young Angelina Jolie and an equally young Jonny Lee Miller. Although the film received mixed reviews and failed to make much of an impact at the box office, it later achieved cult status. Pierce then continued with films like "Sleepers" and "Bulworth" to round out the late 90s. 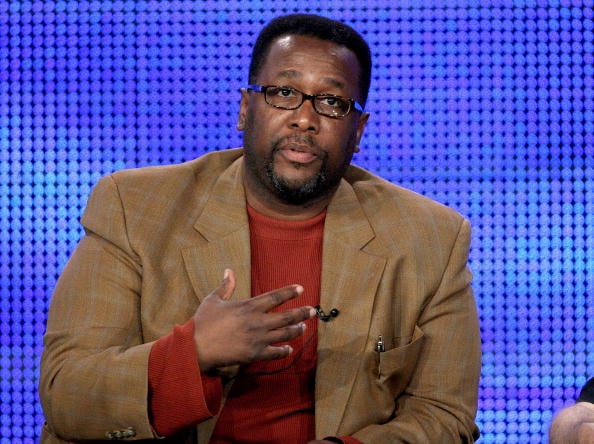 During the 90s, Wendell also cultivated his television career with roles in shows like "Law & Order" and "Moloney." Although Pierce was certainly making progress, it wouldn't be until the late 2000s that he would truly break through in the world of television. During the early 2000s, Wendell appeared in movies like "The Fighting Temptations," "Ray," and "I Think I Love My Wife." During this period, he also booked various roles in shows like "Third Watch," and "The Weber Show."

In 2002, he began appearing in "The Wire" as Detective William Moreland. He appeared in a total of 54 episodes in the series until 2008, and he was nominated for an NAACP Image Award as a result. In the 2010s, he became known for appearing in movies like "Four," "The Twilight Saga: Breaking Dawn – Part 2," "The Gift," and "Burning Cane." During this period, Pierce also continued to book roles in shows like "Treme," "The Odd Couple," and "The Watch."

Throughout his entire career, Pierce has returned to the theatre world on multiple occasions. He has appeared on Broadway in productions of plays like "The Piano Lesson," "Serious Money," and "The Boys of Winter." He is also a producer who has worked on Broadway productions such as "Clybourne Park." In 2019, he traveled to London in order to perform in a production of "Death of a Salesman" and was nominated for an Olivier Award for Best Actor as a result.

Outside of acting, Pierce has been active in the world of radio, music, and business. He considers himself an entrepreneur who has engaged in many business ventures over the course of his life. Due to these efforts, he has been referred to as one of the most creative people in business.

In 2016, Wendell was arrested after an altercation outside of an Atlanta Loews Hotel. He had attacked a female Bernie Sanders supporter and was subsequently charged with simple battery. Pierce was a strong supporter of former President Barack Obama, and he subsequently became an equally avid supporter of Hillary Clinton. After being booked, he was released from the Fulton County Jail on a bond of $1,000. He subsequently escaped a jail sentence by successfully completing a diversion program, which included counseling and community service.

In 2018, Pierce announced an ambitious plan to build a $20-million apartment complex in Baltimore. His goal was "gentrification without displacement," and he announced that he was a major investor in the project. Fans immediately criticized him for charging extremely high rent, as the average cost of about $1,750 per month was well out of the price range of the average Baltimore wage-earner. The complex was reportedly planned to feature its own art gallery, a fitness center, and a ground-floor cafe. 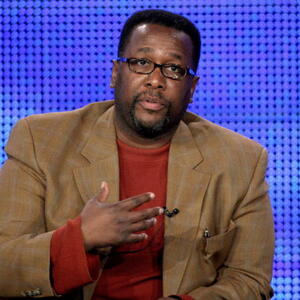