Wayne Sleep Net Worth: Wayne Sleep is an English dancer, choreographer, actor, and director who has a net worth of $10 million dollars. Born in Plymouth, Devon, England, in 1948, Wayne Sleep began taking dancing classes in the mid-'50s and earned a scholarship to the Royal Ballet School in 1961.

Five years later, the five-foot-two-inch dancer scored a position with the Royal Ballet. He is famed for being the shortest man to ever gain entrance to the school. Because of his unusual stature, choreographers have crafted numerous unique positions for him. Andrew Lloyd Webber once re-did a role to accommodate Sleep in the early '80s for "Song and Dance". The part of Mr. Mistoffelees in "Cats" was also created specifically for Sleep. As of 2013, he is the world record holder for performing an entrechat-douze, which is a jump that requires a dozen beats of the feet. In addition to his stage career, Sleep has appeared in numerous on-screen roles, including "Winnie the Pooh", "The First Great Train Robbery", "Stepping Out", "All Star Family Fortunes", "Celebrity MasterChef", "Come Dine With Me", and "I'm a Celebrity…Get Me Out of Here!". Sleep is a Carl Alan Award winner and has come out publicly as gay, though admits he is attracted to both sexes. 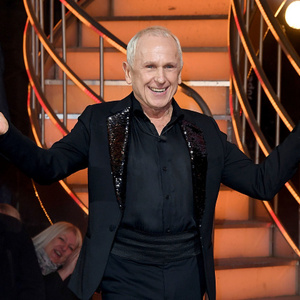