Wayne Rogers Net Worth: Wayne Rogers was an American actor and investor who had a net worth of $75 million dollars. Born in 1933 in Birmingham, Alabama, Wayne Rogers earned his history degree from Princeton University in New Jersey in 1954. He served in the United States Navy and began his acting career when his time in the military ended.

Rogers made appearances in "The F.B.I.", "Gunsmoke", "The Invaders", "Search for Tomorrow" and "Stagecoach West" before landing the role of Trapper John on the famed series "M*A*S*H" in 1972. Though he initially planned to audition for Hawkeye Pierce, Rogers decided he didn't like the character enough and was cast as Trapper John. He left the show after three seasons in 1975. He went on to appear in "Attack on Terror: The FBI vs. the Ku Klux Klan", "Ghosts of Mississippi", "City of Angels", "House Calls", and "Murder, She Wrote". He frequently appears on Fox Business Network to discuss financial trends. He became a board member of Vishay Intertechnology, Inc., in 2006 and owns his own stock trading investment firm. He is the spokesman for Senior Home Loans and earned his star on the Hollywood Walk of Fame in 2005. Rogers has been married twice. His first marriage to actress Mitzi McWhorter lasted for 23 years before ending in divorce; they had two children together. Rogers has been married to his second wife, Amy Hirsh, since 1988. Wayne Rogers died on December 31, 2015 at the age of 82. 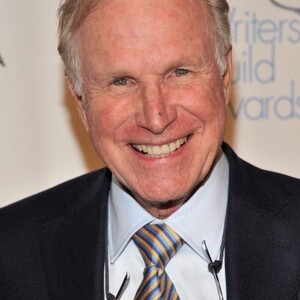