Wayne Morris net worth: Wayne Morris was an American actor who had a net worth equal to $300 thousand at the time of his death, adjusting for inflation. Wayne Morris was born in Los Angeles, California in February 1914 and passed away in September 1959. He was a decorated World War II fighter ace.

Morris starred as Bill Pierce on the television series The Adventures of the Big Man in 1956. He starred in several films including China Clipper, Here Comes Carter, King of Hockey, Land Beyond the Law, Submarine D-1, The Kid Comes Back, Love, Honor and Behave, Men Are Such Fools, Valley of the Giants, Brother Rat, The Kid form Kokomo, The Return of Doctor X, Double Alibi, Gambling on the High Seas, The Quarterback, Three Sons o' Guns, The Smiling Ghost, Deep Valley, A Kiss in the Dark, The Younger Brothers, Task Force, Johnny One-Eye, The Tougher They Come, Stage to Tucson, The Bushwhackers, Desert Pursuit, Star of Texas, The Marksman, Riding Shotgun, Plunder Road, and more. Wayne Morris passed away on September 14, 1959 at 45 years old from a coronary occlusion. 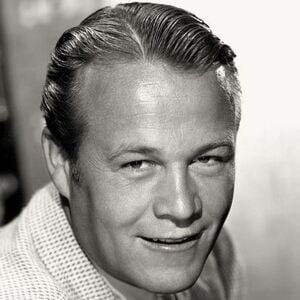