What is Warwick Davis' Net Worth?

Warwick Davis is an English actor and television presenter who has a worth of $10 million. Davis has amassed a number of film credits over the course of his career, starting with "Star Wars" at the age of 11. He is also known for playing the role of Professor Filius Flitwick in the "Harry Potter" franchise. In terms of television roles, he has appeared in shows like "Life's Too Short," "Celebrity Squares," and "Tenable." Davis is the highest-grossing supporting actor of all time, largely because of his appearances in "Harry Potter" and "Star Wars" films.

Warwick Ashley Davis was born on February 3rd of 1970 in Epson, Surrey, England. Davis was born with spondyloepiphyseal dysplasia congenita, which is considered a rare form of dwarfism. This disorder is not the same as "normal" dwarfism. At the age of 11, Warwick's grandmother overheard a radio advertisement for a casting call, asking for people who were under the height of four feet. The audition was for "Return of the Jedi."

By the time he auditioned for "Return of the Jedi," Warwick was already a huge Star Wars fan. Initially cast as an extra Ewok, Davis felt that it was a dream come true to be part of the science fiction franchise that he loved so much. However, Warwick was then given an even greater role in the movie, as he was picked as the new "Wicket." This particular Ewok is the one that Leia and Luke interact with during several scenes in "The Return of the Jedi."

Davis was given this opportunity because the original actor who was going to play "Wicket" became sick during filming. Remarking on how natural Davis appeared in his Ewok costume, George Lucas handpicked him to be the new "Wicket." This would prove to the catalyst for Warwick's acting career. Among other things, Davis set himself apart while in the Ewok costume by tilting his head to one side whenever he saw something strange – something he had seen his dog do. After "Return of the Jedi," Warwick reprised his role as Wicket in TV movies like "Caravan of Courage: An Ewok Adventure" and "Ewoks: The Battle for Endor."

Davis' next big role was in "Willow" alongside Val Kilmer. The movie was produced by George Lucas, and Warwick starred as the lead character. While Davis' performance was praised by critics, the film itself received mixed reviews due to a "generic" story. However, it received two Academy Award nominations. Following "Willow," Warwick appeared in television series like "The Chronicles of Narnia," "Prince Caspian," "The Voyage of the Dawn Treader," "The Silver Chari," and "Zorro." 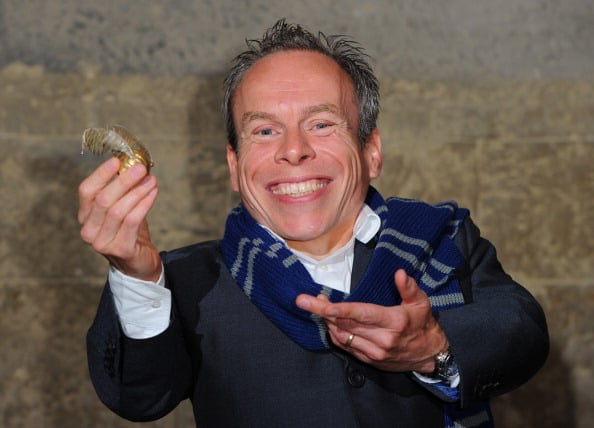 In 1993, he played the villain in the horror film "Leprechaun." The film also starred Jennifer Aniston, and it spawned five sequels. Davis also played a more family-friendly leprechaun in "A Very Unlucky Leprechaun." In 1999, Warwick returned to the Star Wars franchise with 1999's "Star Wars: Episode I – The Phantom Menace," playing a total of four roles, including Yoda in some scenes.

Davis' next big role was Professor Filius Flitwick, which he played in the various "Harry Potter" films. He also played the goblin Griphook in two of the films. Throughout the 2000s, he also appeared in TV series like "Extras," "Life's Too Short," and "Celebrity Scissorhands." Other film roles during this period included "Skinned Deep," "The Hitchhiker's Guide to the Galaxy," "The Chronicles of Narnia: Prince Caspian," and others. In terms of stage work, he also performed in the pantomime "Snow White and the Seven Dwarfs" and the musical "Spamalot."

In 2015, Davis once again returned to the Star Wars universe, appearing in "Star Wars: The Force Awakens." In 2016, he became the presenter for the game show "Tenable." That year, he booked another role in "Rogue One: A Star Wars Story." Finally, he went full circle and reprised his role as Wicket in "Star Wars: The Rise of Skywalker." This meant that Davis had played more characters in Star Wars films than any other actor in history.

While most dwarfism is caused by achondroplasia, Davis sufferers from a much rarer condition known as spondyloepiphyseal dysplasia congenita (SED). Warwick suffers from joint issues and painful hip problems as a result of this disorder.

Davis and his wife Samantha have one child together, Annabelle Davis. Annabelle has also pursued a career in the entertainment world, and she stars in "The Dumping Ground." Unfortunately, the couple's first two children passed away after birth due to a fatal combination of SED and achondroplasia (Samantha has the latter disorder).

Warwick is the co-founder of Little People UK, a charity for families dealing with dwarfism.

Warwick has a number of properties, mostly located in England. He was once "driven out" of his home in London after being pestered by fans who had figured out his address. Another issue arose in connection with his home in Peterborough. After moving away from London to this more secluded area in 2013, he dealt with another problem with the local population after his caravan was stolen. This prompted him to build a 6-foot wall around his property in order to deter future thieves.

Unfortunately, he needed permission from the council before he was able to build this wall. Local people criticized the plans, claiming that it was "too harsh," and that it did not match the architecture of the surrounding area. Because of this, Warwick was forced to amend his plans and create a Weldmesh fence combined with hedges and gates. Those secondary plans were approved.

He originally purchased his Peterborough property for 455,000 pounds, which included a three-bedroom home at the time. Soon enough, Davis demolished the home and and built a much more extensive, seven-bedroom residence that includes a theater, recording booth, and an elevator. This residence is reportedly worth 7 million pounds. 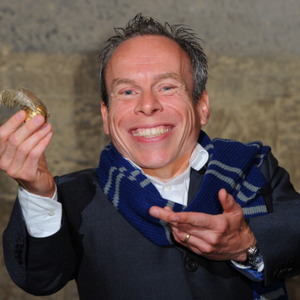