Christie starred as Cameron Hicks in the series Alphas from 2011 to 2012. In 2015 he starred as Scott Rice in the television series Chicago Fire. Christie has starred as Ryan Kane in the TV series Eyewitness since 2016 and as Sergeant Mark Cross in the series Motive since 2014. He has also appeared in episodes of the TV series the Twilight Zone, Still Life, The L Word, The Days, Battlestar Galactica, Supernatural, Ghost Whisperer, Samurai Girl, Once Upon a Time, Arrow, and Castle. Warren has been married to actress Sonya Salomaa since 2007. In 2012 he was nominated for a Leo Award for Alphas. 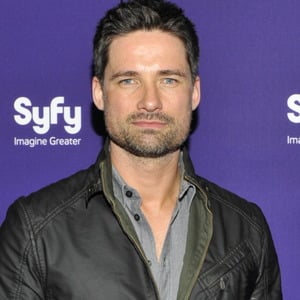