What is Warren Beatty's Net Worth?

Warren Beatty is an American actor, producer, director, and screenwriter who has a net worth of $70 million. Over the course of his six-decade career, Warren Beatty has won widespread critical acclaim for writing, directing, acting, and producing – often all within the same film. He has been described as one of the best producers in the world, and many of his films have been nominated for numerous awards.

Henry Warren Beatty was born on March 30th of 1937 in Richmond, Virginia. Raised alongside his sister in a Baptist household, Warren moved with his family to Norfolk, then to Arlington, then to Waverly, and then finally back to Arlington where he attended high school. His sister is Shirley MacLaine, who also became an actor.

Warren's passion for films began when he and his sister went to the cinema together. The two siblings watched countless classics of the 1940s and 1950s – the so-called Golden Age of Hollywood. He also became fascinated with TV shows of the 1950s, such as "Texaco Star Theatre."

Although he was passionate about film as a child, he was also a star athlete who played for the high school football team. During this period, he also worked as a stagehand at the National Theatre in Washington, D.C. Although he was offered football scholarships by various colleges upon graduating from high school, Beatty chose instead to attend Northwestern Univerisity to study liberal arts. After one year, he dropped out of college, moved to New York City, and studied under famed acting coach Stella Adler.

Beatty started his acting career with television roles on shows like "Studio One," "Kraft Television Theatre," "The Many Loves of Dobie Gillis," and "Playhouse 90." After being nominated for a Tony Awad in 1960 for his Broadway performance in "Loss of Roses," Warren joined the California Air National Guard. Less then a year later, he was dishonorably discharged, making him ineligible for the draft during the Vietnam War.

Beatty made his film debut in 1961 with a role in "Splendor in the Grass." The film gained widespread critical praise and performed well at the box office. Beatty was nominated for a Golden Globe for Best Actor as a result. This was the first time Warren would collaborate with director Elia Kazan, who became an important mentor to the young actor. Kazan ended up teaching Beatty almost everything he needed to know about filmmaking.

After his successful film debut, Beatty followed up with roles in movies like "The Roman Spring of Mrs. Stone," "A Fall Down," "Lilith," "Promise Her Anything," "Mickey One," and Kaleidoscope." Still only 29, Beatty had amassed a wide range of film credits. He gradually started to play a more central role in the filmmaking process, starting with "Bonnie and Clyde." For this 1967 film, Warren oversaw the script, chose much of the production staff, and selected most of the key actors. The film eventually became a critical and commercial success. 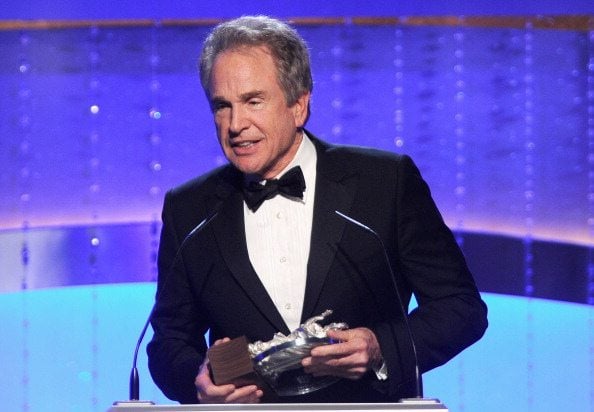 Throughout the 1970s, Warren Beatty appeared in movies such as "The Only Game in Town," "McCabe & Mrs. Miller," "Dollars," "The Parallax View," "The Fortune," "Shampoo," and "Heaven Can Wait," the latter of which he also wrote and co-directed. Once again, Beatty's involvement in the 1978 film helped it achieve commercial and critical success.

To kick off the 80s, Warren starred in the film "Reds." He also wrote, produced, and directed the movie. The film reached unexpected levels of commercial success, and it received strong reviews. The only other major project Warren was involved in during the 80s was "Ishtar," which became one of his biggest failures as an actor.

Beatty bounced back in the 90s, starting the decade off with "Dick Tracy," a movie that Warren produced, directed, and starred in. The film received a number of award nominations. Throughout the rest of the 90s, Beatty appeared in movies like "Bugsy," "Love Affair," and "Bulworth," the latter of which he also wrote, produced, and directed.

Disaster came in 2001 when the film "Town and Country" flopped in every way imaginable. Warren only starred in the movie and wasn't involved in the production process. However, the film only managed to earn $10 million on a $90 million budget, and critics absolutely denigrated every aspect of it. The embarrassment caused Warren to leave Hollywood for 15 years.

He finally returned in 2016 with the film "Rules Don't Apply." Warren wrote, produced, directed, and starred in the romantic comedy based on the life of Howard Hughes.

Beatty's first high-profile relationship came in 1959 when he began dating actress Joan Collins. They eventually became engaged but split up after Warren was unfaithful. In her autobiography, Collins revealed that she was once pregnant with Beatty's child before getting an abortion.

For the next few years, Warren Beatty gained a reputation as a womanizer and had many relationships with well-known female celebrities, including singer Carly Simon. In 1992, Beatty settled down and married actress Annette Bening. Over the course of their relationship, they have had four children together.

In 2011, it was reported that Warren Beatty and his wife Annette had put one of their properties in Beverly Hills on the rental market for $27,500 per month. With no takers, the couple lowered the rental cost to $25,000 one month later. However, The Beattys still had no luck finding any tenants, so they decided to sell the property instead. In 2012, they put their mansion on the real estate marketing with an asking price of $6.955 million.

The extensive property features 10,600 square feet and sits on 1.1 acres. Originally constructed in 1992 with Mediterranean design influences, the mansion boasts a three-car garage, a pool, and a spa. Warren and his wife lived in the property for many years, having first moved in after their other home was damaged in the 1994 Northridge Earthquake. Right around the time they put the aforementioned property on the market, they moved back to their previous home (also in Beverly Hills), which had recently been renovated. This home sits on a 6.7-acre plot of land. 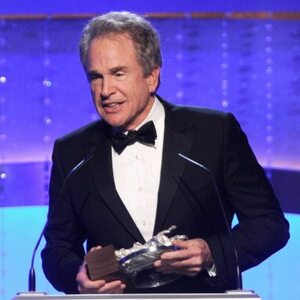