Ward Bond net worth: Ward Bond was an American actor who had a net worth equal to $5 million at the time of his death (after adjusting for inflation). Ward Bond was born in Benkelman, Nebraska in April 1903 and passed away in November 1960. He had more than 270 acting credits to his name and starred as Major Seth Adams on the television series Wagon Train from 1957 to 1961.

He starred in more than 20 films with John Wayne including The Lone Star Ranger, Born Reckless, The Big Trail, Conflict, The Long Voyage Home, A Man Betrayed, Tall in the Saddle, They Were Expendable, Fort Apache, Operation Pacific, Hondo, Rookie of the Year, The Searchers, The Wings of Eagles, Rio Bravo, and more. Ward Bond starred in many other movies including It's a Wonderful Life as Bert, the cop. In 1960 he received a star on the Hollywood Walk of Fame for Television at 6933 Hollywood Blvd. Ward Bond passed away on November 5, 1960 at 57 years old from a heart attack. 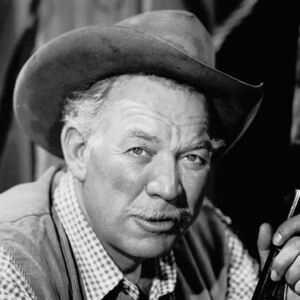