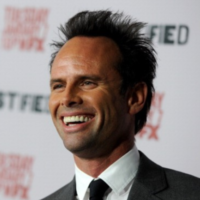 What is Walton Goggins' Net Worth?

Walton Goggins is an American actor and producer who has a net worth of $12 million. Walton Goggins is best known for his roles on such television series as "Justified," "The Shield," "Sons of Anarchy," and "The Unicorn." He has also been in numerous films, including "The Hateful Eight," "Lincoln," and "Ant-Man and the Wasp." Among Goggins' other credits are the television shows "Vice Principals," "Six," and "The Righteous Gemstones," and the films "Miracle at St. Anna" and "Predators."

Walton Goggins was born on November 10, 1971 in Birmingham, Alabama to Walton Sr. and Janet. He was brought up in Lithia Springs, Georgia, where he went to Lithia Springs High School. Subsequently, Goggins attended Georgia Southern University for a year.

In 1989, Goggins made his screen-acting debut in four episodes of the police procedural crime drama series "In the Heat of the Night." The next year, he had a supporting role in the television film "Murder in Mississippi," starring Tom Hulce, Blair Underwood, and Jennifer Grey.

Among his television credits in the 90s, Goggins appeared in episodes of "Beverly Hills, 90210," "Renegade," "JAG," "Pacific Blue," "The Sentinel," and "NYPD Blue." He also appeared in the television films "Stay the Night," "Humanoids from the Deep," and "The Cherokee Kid." Goggins kicked off the 2000s with a role in another television movie, "Murder, She Wrote: The Last Free Man." He subsequently landed his breakthrough role in 2002, when he began playing the main role of Shane Vendrell on the FX crime drama "The Shield." A huge critical success, the show ran for seven seasons through 2008. During this time, Goggins appeared in episodes of the procedural crime series "Hawaii" and "CSI: Crime Scene Investigation." He wrapped the decade with appearances in "Criminal Minds" and "CSI: Miami."

From 2010 to 2015, Goggins had his most acclaimed role yet as bank robber Boyd Crowder on the FX Western crime drama "Justified." For his work, he received an Emmy Award nomination for Outstanding Supporting Actor in a Drama Series. While still on the show, Goggins had a recurring role on the FX action crime series "Sons of Anarchy," playing transgender prostitute Venus Van Dam. Following this, the actor starred opposite Danny McBride on the HBO black comedy series "Vice Principals," which ran from 2016 to 2017. He subsequently starred on the military drama "Six," which ran from 2017 to 2018. In 2019, Goggins joined the cast of the British espionage thriller series "Deep State." The same year, he reunited with McBride on the HBO black comedy series "The Righteous Gemstones," and began playing the titular role on the CBS sitcom "The Unicorn." Among Goggins' subsequent credits is the animated superhero series "Invincible," on which he voices the character Cecil Stedman. 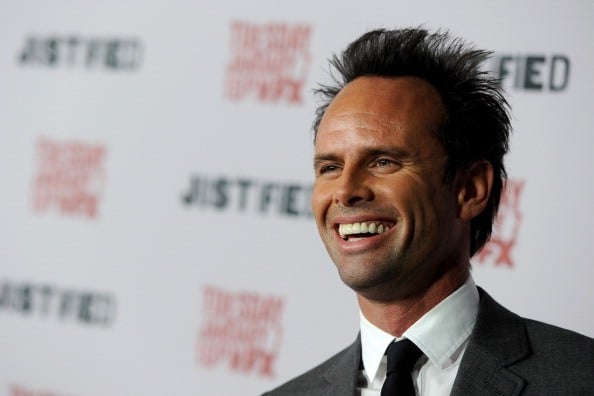 Goggins began his film career in 1992 with bit parts in "Mr. Saturday Night" and "Forever Young." Two years later, he had a supporting role in the martial arts sequel film "The Next Karate Kid," starring Hilary Swank. Further supporting roles followed, including in the drama "The Apostle," the thriller "Switchback," and the sports comedy sequel "Major League: Back to the Minors." Goggins had his most prolific year yet in 2000, when he appeared in three films: "The Crow: Salvation," "Shanghai Noon," and "Red Dirt," in the lattermost of which he had his first leading role. The following year, Goggins appeared in "Daddy and Them," and starred in the Academy Award-winning short film "The Accountant." Subsequent credits included "The Bourne Identity," "House of 1000 Corpses," "Chrystal," "The World's Fastest Indian," "The Architect," "Randy and the Mob," "Winged Creatures," "Miracle at St. Anna," "That Evening Sun," and "Damage."

In the 2010s, Goggins began appearing in more big-budget Hollywood films. He kicked off the decade with roles in the science-fiction action films "Predators" and "Cowboys & Aliens," as well as a role in the remake of the action thriller "Straw Dogs." In 2012, Goggins played Clay Hawkins in Steven Spielberg's historical drama "Lincoln," and was slave-fighting trainer Billy Crash in Quentin Tarantino's revisionist Western "Django Unchained." Goggins continued to favor action films over the subsequent years, appearing in "Officer Down," "G.I. Joe: Retaliation," "Machete Kills," "American Ultra," "Diablo," and "Mojave." He also reunited with Tarantino for another revisionist Western, "The Hateful Eight," in which he played sheriff Chris Mannix. After costarring in the drama "Three Christs," Goggins returned to blockbuster Hollywood filmmaking in 2018, with roles in "Maze Runner: The Death Cure," "Tomb Raider," and "Ant-Man and the Wasp." His other credits have included the thriller "Them That Follow," the coming-of-age drama "Words on Bathroom Walls," and the dark comedy "Fatman."

With fellow actors Ray McKinnon and Lisa Blount, Goggins created the independent production company Ginny Mule Pictures. The company produced a total of four films over its run, including the Academy Award-winning short "The Accountant," the drama "Chrystal," the crime comedy "Randy and the Mob," and the drama "That Evening Sun." All of these costarred Goggins and McKinnon. Later, Ginny Mule Pictures created the television series "Rectify."

In 2001, Goggins wed Canadian Leanne Kaun, who owned a dog-walking business in the Laurel Canyon neighborhood of Los Angeles, California. She committed suicide in 2004. Seven years later, Goggins married filmmaker Nadia Conners, with whom he has a son named Augustus.