What was Walter Matthau's Net Worth?

Walter Matthau was an American actor who had a net worth of $10 million at the time of his death in 2000. Among his best-known films are "A Face in the Crowd," "The Bad News Bears," "The Fortune Cookie," "Grumpy Old Men," "Charade," "The Sunshine Boys," and "Hopscotch." On stage, Matthau originated the role of Oscar Madison in Neil Simon's Broadway play "The Odd Couple."

Walter Matthau was born on October 1, 1920 on the Lower East Side of Manhattan in New York City to Jewish immigrant parents. His father, Milton, was an electrician originally from Ukraine, while his mother, Rose, was a garment sweatshop worker from Lithuania. In his youth, Matthau went to a Jewish sleepaway camp called Tranquility; there, he acted in productions the camp would stage on Saturday evenings. For his education, Matthau went to Seward Park High School.

Matthau served with the US Army Air Forces during World War II. With the Eighth Air Force, he was a radioman-gunner. He also flew missions across Europe while based at RAF Old Buckenham in Norfolk, England. Matthau ended his service with the rank of Staff Sergeant.

Matthau made his feature film debut as the antagonist of the 1955 Western "The Kentuckian." He was in another Western, "The Indian Fighter," the same year. Matthau subsequently had starring roles in Nicholas Ray's 1956 drama "Bigger Than Life" and Elia Kazan's 1957 satire "A Face in the Crowd." After appearing in the noir "Slaughter on Tenth Avenue," he played the villain in the musical drama "King Creole," starring Elvis Presley. Matthau went on to appear in such films as "Voice in the Mirror," "Ride a Crooked Trail," and "Onionhead." In 1959, he starred in the crime film "Gangster Story," which he also directed. This was followed by "Strangers When We Meet," "Lonely Are the Brave," and "Who's Got the Action?"

In 1963, Matthau had a memorable role opposite Cary Grant and Audrey Hepburn in the romantic comedy mystery film "Charade." The same year, he starred in the comedy "Island of Love." Matthau was in three films in 1964: "Ensign Pulver," "Goodbye Charlie," and the Cold War thriller "Fail Safe." Following his role in another thriller, "Mirage," Matthau starred alongside Jack Lemmon in the 1966 black comedy "The Fortune Cookie," directed by Billy Wilder. For his performance as shyster attorney William H. Gingrich, Matthau won the Academy Award for Best Supporting Actor. He subsequently starred in "A Guide for the Married Man." In 1968, Matthau reunited with Jack Lemmon for "The Odd Couple," based on the Neil Simon play in which Matthau also starred. He reprised his role as Oscar Madison for the film. Matthau closed out the 60s with roles in "The Secret Life of an American Wife," "Candy," "Cactus Flower," and "Hello, Dolly!". 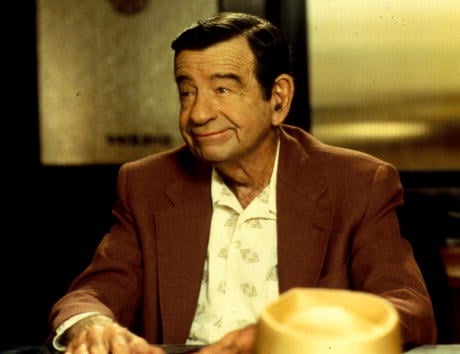 In 1971, Matthau starred in three films: Elaine May's "A New Leaf," Arthur Hiller's "Plaza Suite," and Jack Lemmon's "Kotch." He received an Academy Award nomination for Best Actor for his work in the lattermost film. Matthau was subsequently in "Pete 'n' Tillie," "Charley Varrick," "The Laughing Policeman," "The Taking of Pelham One Two Three," and "Earthquake." In 1974's "The Front Page," he reunited once again with star Jack Lemmon and director Billy Wilder. The following year, Matthau earned another Academy Award nomination for Best Actor for his role in "The Sunshine Boys." In 1976, he memorably starred as Coach Morris Buttermaker in the baseball comedy "The Bad News Bears." Two years after that, Matthau starred in "Casey's Shadow" and "House Calls," and was part of the ensemble cast of "California Suite."

Matthau began the 80s with starring roles in "Little Miss Marker" and "Hopscotch"; for the latter, he received a Golden Globe nomination. He earned another the following year for his performance in "First Monday in October." Matthau's subsequent credits included "Buddy Buddy," "The Survivors," "Pirates," "The Couch Trip," and "The Little Devil." In the early 90s, he appeared in "JFK," "Dennis the Menace," "I.Q.," and "Grumpy Old Men," costarring with Jack Lemmon in the lattermost film. Matthau and Lemmon reunited for the 1995 sequel "Grumpier Old Men." The two also costarred in "The Grass Harp," "Out to Sea," and "The Odd Couple II." Matthau's final film role came in Diane Keaton's 2000 dramedy "Hanging Up."

On the small screen, Matthau appeared in episodes of "Lux Video Theatre," "Danger," and "The Philco Television Playhouse" in the early 50s. He also appeared on "Robert Montgomery Presents" and "Alfred Hitchcock Presents" during the decade. In the 60s, Matthau had a starring role on the short-lived series "Tallahassee 7000," and appeared multiple times on the anthology series "The DuPont Show of the Week." From the 70s on, he mostly appeared in television films. His notable credits include "The Incident," "Against Her Will: An Incident in Baltimore," and "Incident in a Small Town," in all of which he played Harmon J. Cobb. In 1998, Matthau was in "The Marriage Fool," his final television appearance.

Beyond film and television, Matthau was best known for originating the role of Oscar Madison in Neil Simon's Broadway play "The Odd Couple," which debuted in 1965. For his work, he earned the Tony Award for Best Actor in a Play. Earlier in the decade, Matthau had won his first Tony for his role in "A Shot in the Dark." His other stage credits included "Twilight Walk"; "Season in the Sun"; "One Bright Day"; "The Burning Glass"; "Will Success Spoil Rock Hunter?"; "Guys and Dolls"; and "Once There Was a Russian."

Matthau was married to his first wife, Grace Johnson, from 1948 to 1958. Together, they had a son named David and a daughter named Jenny. Matthau wed his second wife, actress Carol Marcus, in 1959. They had a son named Charlie, and remained together until Matthau's passing.

Matthau smoked heavily, and suffered at least three heart attacks during his life. He underwent bypass surgery in 1976. Later, he was successfully treated for colon cancer. During the final years of his life, Matthau had atherosclerotic heart disease. He passed away from a heart attack in July of 2000 at the age of 79. 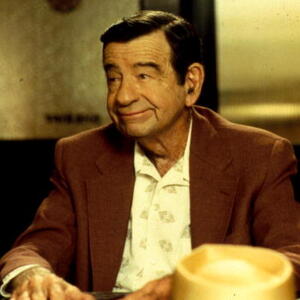