Wallace Shawn Net Worth: Wallace Shawn is an American actor, playwright and essayist who has a net worth of $8 million dollars. Born November 12, 1943 in New York City, New York, he is best known for film roles in My Dinner with Andre (1981), The Princess Bride (1987) and contributing his voice to the animated movie Toy Story, the animated television shows King of the Hill and Family Guy. He has guest-starred on such television shows as Murphy Brown, HBO series Sex and the City, Gossip Girl and repeat appearances in Star Trek: Deep Space Nine (1993-1999). Shawn is an acclaimed playwright and essayist whose politically charged work is a far cry from the lighthearted appearances most often associated with him. Wallace went to Harvard (where he received a B.A. in history) and Oxford (where he majored in history and philosophy). In 1975, Shawn's play Our Late Night opened off Broadway and the production earned them an Obie Award (the Tony for off-Broadway theater). In 1977, Shawn made his debut as an actor, appearing in his own adaptation of Machiavelli's The Mandrake, staged by the New York Public Theater. At this time, Shawn was still working in a copy shop to make ends meet, but things changed when Woody Allen cast him in a small role in Allen's film Manhattan. In 1980, Shawn and Gregory collaborated with filmmaker Louis Malle on My Dinner with Andre, an unusual and engaging film based on a performance piece by Shawn and stage director Andre Gregory in which the two friends discussed their philosophies and very different life journeys. The film was a major critical success and a modest hit on the art house circuit. My Dinner with Andre gave Shawn a much higher profile as both an actor and a playwright, and over the next several years successful productions of The Hotel Play, Aunt Dan and Lemon and The Fever were also staged in New York. In 2004, Shawn teamed up with Gregory again and Gregory directed a production of Shawn's The Designated Mourner, with Shawn in the cast. 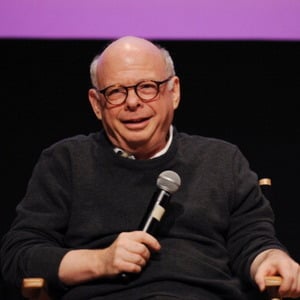