What is Wagner Moura's Net Worth and Salary?

Wagner Moura is a Brazilian actor who has a net worth of $10 million. Outside of acting, Wagner is known for directing, producing, making music, and serving as a journalist. He is extremely well-known in his home nation of Brazil, having appeared in the blockbusters "Elite Squad" and "Elite Squad: The Enemy Within." However, Moura has also successfully branched out into the international film world with starring roles in movies like "Elysium."

Modern audiences probably know him best as the actor who portrayed drug lord Pablo Escobar in the well-received Netflix series "Narcos." Although the show itself received strong reviews, Wagner himself was also singled out for praise and received a Golden Globe nomination for his performance.

Wagner Maniçoba de Moura was born on June 27th of 1976 in Salvador, Bahia, Brazil. He was raised in the small town of Rodelas, Bahia. His father was a sergeant in the Brazilian Air Force, while his mother was a housewife. At the age of 13, he relocated with his family to Salvador, Bahia. After graduating secondary school, he attended the Federal University of Bahia.

In the year 2000, Moura kicked off his acting career with an appearance in the play "A Máquina." This play brought him to the big cities of Rio de Janeiro and São Paulo for the first time in his life. During this period, he connected with several other Brazilian actors who would later become well-known, such as Lázaro Ramos and Vladimir Brichta. He also had the opportunity to book roles in several short films, further honing his acting talents. Another major step forward came when he appeared in the film "Woman on Top."

During the early 2000s, Moura booked small roles in movies like "Abril Despedaçado" and "As Três Marias" before he started to truly breakthrough into the Brazilian mainstream. One of his most notable early roles was in 2003's "Carandiru." This led to another notable role in "Deus e Brasileiro," in which Wagner played the lead role. In this comedic film (also known as "God is Brazilian"), he portrays a fisherman who befriends the Creator himself. While these roles certainly helped boost Moura's notoriety in the entertainment world, there was much more to come.

He next turned his attention towards various notable television series in Brazil towards the mid-to-late 2000s, including "Sexo Frágil," "JK," and "Paraíso Tropical." Then, in 2007, Moura booked one of his most defining roles in Brazilian cinema when he landed a starring role in "Tropa de Elite," also known as "Elite Squad." This film essentially transformed Wagner from a moderately successful actor to a household name in Brazil. The film also won the Golden Bear for Best Film at the Berlin Film Festival. He followed up with a sequel entitled "Tropa de Elite 2 – O Inimigo agora é outro" (or "Elite Squad – The Enemy Within"). This film performed even better at the box office and received excellent reviews from critics. 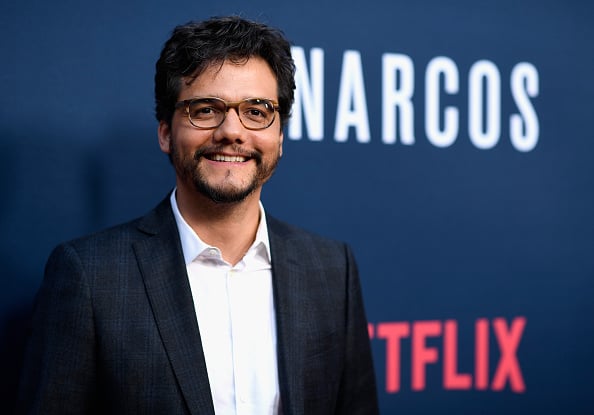 Having established himself as one of Brazil's most famous film stars, Moura decided to turn his attention towards the international entertainment world. In 2013, he landed a major role alongside Matt Damon, Jodie Foster, and fellow Brazilian actress Alice Braga in the film "Elysium." The film was considered to be a bit of a disappointment compared to Blomkamp's earlier film, "District 9." However, it still managed to rake in over $286 million at the box office on a budget of $115 million. More importantly, it helped Moura make major inroads into Hollywood.

Wagner was then slated to join the cast of "The Magnificent Seven," but was forced to back out due to a scheduling conflict. However, an equally attractive opportunity presented itself in 2015, when he booked the iconic role of Pablo Escobar in Netflix's series "Narcos." He played the lead role in the series, which eventually spanned for three seasons before coming to a close in 2017.

"Narcos: Mexico" followed, with Moura reprising his role as Escobar in the new series. The first season of the original series received strong reviews, while the second and third seasons received an even better response from critics. Moura was singled out for praise, with well-known critic Neil Genzlinger stating that "Mr. Moura is inscrutably brilliant at the center of it all." Wagner was eventually nominated for a Golden Globe for Best Actor in a Television Series Drama and was also nominated for an Imagen Foundation Award. To prepare for the role, Wagner gained over 18 kilograms and took a specialized language course to perfect his already strong Spanish-speaking skills.

In 2017, Moura made his directorial debut with the film "Marighella," which focuses on the life of Carlos Marighella, a writer and activist who was killed by Brazilian dictators in 1969.

In 2019, it was reported that Moura was "hesitant" to return back to Brazil after touring in Australia due to political unrest in his home nation. He has stated that he felt his life was in danger for the first time due to what he described as a "culture war" due to the nation's right-leaning president. He also added that his new film at the time "Marighella" was considered a "threat" to the current administration because it closely mirrors the political unrest that was unraveling within Brazil at the time. President Bolsonaro heavily criticized the film, and it was not released in Brazil as a result. However, it was screened at the Sydney Film Festival.