Wade Williams net worth: Wade Williams is an American actor who has a net worth of $3 million. Wade Williams was born in Tulsa, Oklahoma in December 1961. He is best known for starring as Brad Bellick on the Fox television series Prison Break from 2005 to 2008. Williams had over 100 acting credits to his name starting in 1997.

In 2002 he starred as Big Thor Amundsen in the TV series MDs. Williams had a recurring role as Father Cronin in the series The Bernie Mac Show from 2001 to 2005. In 2016 he starred as Silas Bullen in the TV mini-series Mercy Street. Williams has starred in the movies Erin Brockovich, Ali, The Good Doctor, The Dark Knight Rises, and Draft Day. He was nominated for a Behind the Voice Awards Award in 2013 for Batman: The Dark Knight Returns, Part 1. He has also appeared in episodes of the TV series Profiler, The Larry Sanders Show, Star Trek: Voyager, NYPD Blue, Chicago Hope, ER, Touched by an Angel, Becker, Walker, Texas Ranger, The X-Files, Charmed, Buffy the Vampire Slayer, 24, CSI: Crime Scene Investigation, JAG, CSI: Miami, Criminal Minds, Bones, The Mentalist, NCIS, Crisis, Revenge, and Grimm. 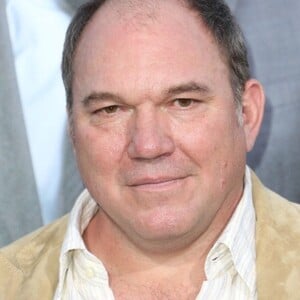