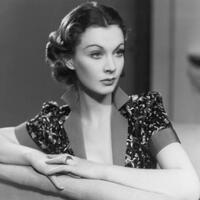 Vivien Leigh Net Worth: Vivien Leigh was a British actress who had a net worth of $10 million. Vivien Leigh was born in Darjeeling, Bengal Presidency, British India in November 1913 and passed away in July 1967. Leigh attended drama school and made her acting debut with small parts in four films in 1935. She acted more on stage than on film and starred in comedies by George Bernard Shaw and Noel Coward as well as in classic works by Shakespeare such as Ophelia, Lady Macbeth, Cleopatra, and Juliet. Leigh was best known for her roles as the Southern belles Scarlett O'Hara in Gone with the Wind and Blanche DuBois in A Streetcar Named Desire. For both of these roles she won Academy Awards for Best Actress. Leigh also won a Tony Award for starring in Tovarich on Broadway. Vivien married actor, director, and producer Laurence Olivier in 1940. The two often starred together on stage. Leigh suffered from bipolar disorder and had periods of inactivity in acting. She was ranked by the American Film Institute as the 16th greatest female movie star of all time. Leigh was awarded a star on the Hollywood Walk of Fame at 6773 Hollywood Blvd. in 1960. Vivien Leigh passed away on July 8, 1967 at 53 years old from tuberculosis.