Vivian Vance Net Worth: Vivian Vance was an American actress and singer who had a net worth of $10 million. Vivian Vance was born in Cherryvale, Kansas in July 1909 and passed away in August 1979. Vance was best known for her role as Ethel Mertz in the TV series I Love Lucy and as Vivian Bagley on the series The Lucy Show.

Vance started as a stage actress and starred in the shows Anything Goes, The Cradle Will Rock, Don't Drink the Water, The Time of the Cuckoo, Barefoot in the Park, Arsenic and Old Lace, and more. Her first film role came uncredited in 1933's Take a Chance. Vance starred as Ethel Mertz from 1951 to 1957 in the TV series I Love Lucy. She reprised the role from 1957 to 1960 for The Lucy-Desi Comedy Hour. From 1960 to 1964 she had a recurring role as Clara Appleby on The Red Skelton Hour. She starred as Vivian Bagley on The Lucy Show from 1962 to 1968. Vance then starred as Vivian Jones on the TV series Here's Lucy from 1968 to 1972. She also starred in the movies The Secret Fury, The Blue Veil, and The Great Race. Vance won a Primetime Emmy Award for Best Series Supporting Actress in 1954. She was awarded a star on the Hollywood Walk of Fame at 7030 Hollywood Blvd. in 1991. Vivian Vance passed away on August 17, 1979 from bone cancer at the age of 70. 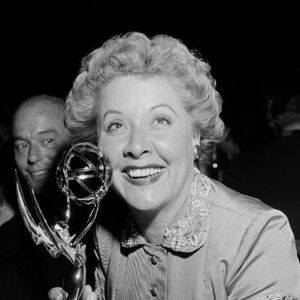