Viva Bianca Net Worth: Viva Bianca is an Australian actress who had a net worth of $2 million dollars. Born November 17, 1983 in Australia, she is best known for her role as Ilithyia on the Starz network series Spartacus: Blood and Sand and Spartacus: Vengeance. Bianca's father, Cezary Skubiszewski, is a successful film composer.

She grew up in the countryside of Victoria in Australia, but her family later moved to the city of Melbourne for her father's career. She once played the role of Olivia in a production of the Shakespeare play Twelfth Night at the Siren Theatre in Sydney and cites Australian actors Heath Ledger, Abbie Cornish and Cate Blanchett among her inspirations. In her notable movie role as a young Roman noblewoman, Ilithyia, in Spartacus: Blood and Sand, set in the brutal Roman gladiator era, Ilithyia engages in a subtle power struggle with Lucretia (Lucy Lawless), all the while admiring the attributes of the gladiators, Spartacus in particular. Viva Bianca says Ilithyia was "…born and bred to enjoy incredibly elite taste, and is extremely ambitious in terms of maintaining her status and public image. Bianca has appeared in many Australian TV Series such as Eugenie Sandler P.I., Marshall Law, All Saints and The Strip. She has also appeared in Australian films Accidents Happen and Bad Bush. 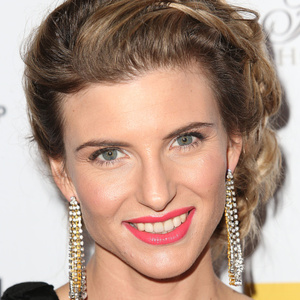