Virna Lisi net worth: Virna Lisi was an Italian actress who had a net worth of $5 million. Virna Lisi was born in Ancona, Italy in November 1936 and passed away in December 2014. She started acting as a teenager and had over 100 acting credits to her name. From 2001 to 2003 she starred as Contessa Miranda Spadoni in the television series Beauty Centre.

From 2005 to 2010 she starred as Caterina in the TV mini-series My Daughters. She also starred in the TV mini-series Orgoglio e pregiudizio, Ottocento, Una tragedia americana, Philo Vance, I miserti della giungla nera, Il deserto di fuoco, The Lady Who Returns, and Madre, aiutami. Lisi also starred in the movies The Steel Rope, And Naples Sings, Eighteen Year Olds, New Moon, The Woman of the Day, World of Miracles, Eva, The Birds, the Bees and the Italians, How to Murder Your Wife, The Dolls, The Man, the Woman and the Money, Assault on a Queen, The 25th Hour, The Girl and the General, Arabella, Anyone Can Play, The Girl Who Couldn't Say No, The Heist, The Statue, Love me Strangely, Beyond Good and Evil, Ernesto, The Cricket, Time for Loving, Merry Christmas…Happy New Year, Le Reine Margot, Follow Your Heart, and The Best Day of My Life. Lisi won Best Actress at the Cannes Film Festival, Cesar Awards, David di Donatello Awards, and Italian Golden Globes. Virna Lisi passed away on December 18, 2014 at the age of 78 from cancer. 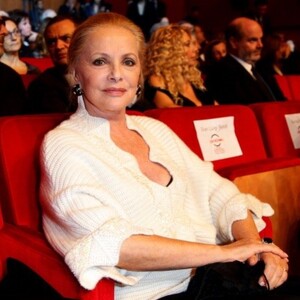