Virginia Madsen Net Worth: Virginia Madsen is an American actress and producer who has a net worth of $8 million. A Chicago native, Virginia Madsen was born in 1961 to an Emmy Award-winning mother and fireman father. She began acting in theater performances around Chicago and Wisconsin and made her big screen debut with a part in "Class" in 1983. Madsen went on to score roles in "Electric Dreams", "Dune", "Creator", "Fire with Fire", "Long Gone", "Hot to Trot", "The Rainmaker", and "Candyman". In 2004, she caught the eye of critics for her performance in the film "Sideways", which scored her dozens of award nominations, including an Academy Award for Best Supporting Actress. It also landed her parts in "Firewall", "The Number 23", and "The Astronaut Farmer". Madsen earned considerable television work, with appearances in "CSI: Miami", "The Practice", "Frasier", "Monk" and "Scoundrels". She hosted 1999's "Unsolved Mysteries" series and developed her own production company in 2008. Madsen now works primarily on documentaries, producing "I Know a Woman Like That" and "Fighting Gravity". She met her ex-husband, director Danny Huston, on the set of "Mr. North" and they married in 1989, but divorced three years later. She has one son with long-time partner Antonio Sabato Jr. 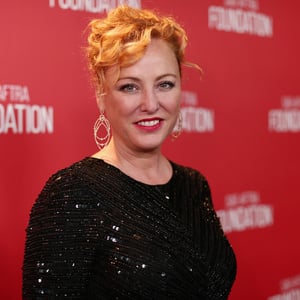