What is Viola Davis' Net Worth and Salary?

Viola Davis is an American actress who has a net worth of $25 million. Although Davis began her career as a successful theater actress, she later transitioned towards film and television. One of her most notable achievements is the "Triple Crown of Acting," which means that she has won at least one Academy Award, Emmy Award, and Tony Award. She is the first black woman to achieve this feat. Outside of acting, Viola also has a number of credits as a producer. In addition, she is an activist who is passionate about human rights issues like child hunger. She is one of the highest-paid actresses in the world, earning roughly $15 million between September 2019 and September 2020.

Viola Davis was born on August 11th of 1965 in St. Matthews, South Carolina. Although Davis was born on a farm, her family moved to Rhode Island when she was just two months old. She has five siblings, but only two sisters came with her to Rhode Island while the rest remained on the farm with her grandparents. Her father was working as a horse trainer at the time of her birth, and her mother was a maid and an activist within the Civil Rights Movement. Growing up on Rhode Island wasn't easy for Davis, as she lived in serious poverty within run-down apartment buildings.

Viola fell in love with acting when she reached high school, and she participated in several extracurricular arts programs and academies. Davis' acting talents were quickly spotted, and she set her sights on a future career in acting. After graduating from high school, she attended Rhode Island College and majored in theater. After leaving university, she was accepted into the famed Juilliard School, where she honed her acting skills over the next four years.

Viola's first paid acting job was in 1996 when she played a minor role in the film "The Substance of Fire." However, Davis would truly make her presence known when she played the role of Tonya in the Broadway play "King Hedley II." The 2001 production earned Davis her first Tony Award, and she soon followed up with another role in the off-Broadway play "Intimate Apparel" in 2004.

During this period, she also appeared in films like "Out of Sight," "Solaris," "Traffic," and "Syriana." Some of her roles were brief, such as in "Ocean's Eleven," "Kate & Leopold," and "Antwone Fisher." Another notable role came in 2002 with the film "Far From Heaven." She also booked recurring roles in shows like "Law & Order: Special Victims Unit," "Traveler," and "Century City." In addition, she made a guest appearance in "Law & Order: Criminal Intent."

In 2008, she made a stunning impact on the film "Doubt," gaining numerous award nominations despite appearing in just one scene. In 2010, Viola returned to the theater world and won another Tony Award for her leading role in the play "Fences." That year, she also played a major role in the film "It's Kind of a Funny Story." In 2011, she played a film role that was especially significant to her family heritage in "The Help." As a result of her performance, she was nominated for an Academy Award and won two Screen Actors Guild Awards.

In 2014, she worked with Tate Taylor (the same director for "The Help") on the film "Get On Up." She also booked a lead role in the TV series "How to Get Away With Murder." Her performance on the series eventually helped her win an Emmy Award for Outstanding Lead Actress in a Drama Series – a first for a woman of color. In 2015, she appeared in the film "Blackhat" alongside Chris Hemsworth and executive-produced the film "Lila & Eve," in which she also starred alongside Jennifer Lopez. 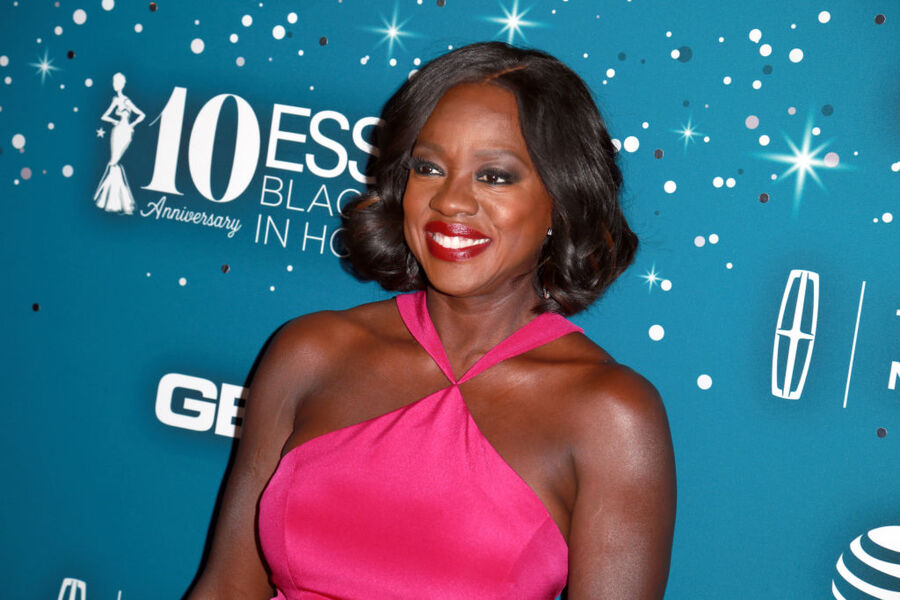 2016 was a busy year for Davis, as she starred in the film adaptation of the play "Fences," as well as movies like "Suicide Squad" and "Custody." In 2017, she was given her own star on the Hollywood Walk of Fame, which was a major accomplishment in her eyes. In 2018, she was directed by Steve McQueen in the film "Widows" and debuted a documentary called "Two-Sides." She followed up in 2020 with another documentary called "Giving Voice." During this period, it was announced that Davis would reprise her earlier role in the upcoming sequel of "Suicide Squad." It was also announced that she'd star in an upcoming film called "Ma Rainey's Black Bottom."

In 2002, Viola Davis married fellow actor Julius Tennon. After the marriage, Davis became the stepmother of Tennon's two children from a previous marriage. In 2011, the couple also adopted another child together.

In 2016, Davis purchased a luxurious estate in Toluca Lake for $5.7 million. The regal, two-story property features 7,500 square feet of living space, and it includes many sophisticated features. A glass door in the formal dining room leads to a 600-bottle wine cellar. In keeping with Viola's profession, the property features a private theater with a 4K projector. The outdoor area includes fountains, a pool, a built-in BBQ, and a firepit. A 3-car garage rounds out this property.

In 2017, Viola Davis sold her property in Los Angeles for $1.15 million. Located in the neighborhood of Granada Hills in San Fernando Valley, the property features five bedrooms and five bathrooms. Documents revealed that Davis actually purchased the property all the way back in 2005 for $1.7 million. It's not clear why she accepted such a major loss when she sold, but she was probably just eager to complete the sale and start living in her much more luxurious Toluca Lake home.