Vinod Khanna net worth: Vinod Khanna was an Indian actor, producer, and politician who had a net worth of $50 million. Vinod Khanna was born in Peshawar, North-West Frontier Province, British India in October 1946 and passed away in April 2017. He had more than 140 acting credits to his name and starred in several popular films including Mere Apne, Kuchhe Dhaage, Mera Gaon Mera Desh, Gaddaar, Muqaddar Ka Sikandar, Imtihaan, Amar Akbar Anthony, Inkaar, The Burning Train, Rajput, Parvarish, Qurbani, Khoon Pasina, Chandni, Kudrat, and Jurm.

He often played villains and temporarily quit acting to follow his guru Osho Rajneesh in 1982. As a politician Khanna served as a Member of the Indian Parliament for Gurdaspur from 2014 until his passing. He won a Filmfare Award for Best Supporting Actor in Haath Ki Safai in 1975 and a Lifetime Achievement Award in 2000. Vinod Khanna passed away on April 27, 2017 at 70 years old from bladder cancer. 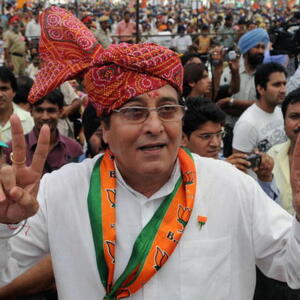