What is Vinnie Jones' Net Worth?

Vinnie Jones is a British actor and former footballer (soccer player) who has a net worth of $10 million. Jones first made a name for himself playing for teams like Wimbledon in the English First Division. During this period, he developed a reputation for being incredibly tough and aggressive, and he was part of a Wimbledon side known as the "Crazy Gang." Despite their controversial actions on the pitch, this team became quite successful and won the FA Cup in 1988.

After hundreds of games, Jones retired from soccer in 1998 and immediately ventured into acting. Having already established himself as a "tough guy," he was soon given roles that fit this image. His debut came with "Lock, Stock, and Two Smoking Barrels," which was released the same year as his retirement. He continued to play criminals and thugs in movies like "Snatch," "Gone in 60 Seconds," and "Mean Machine." In 2006, he joined the world of superhero films, playing the Juggernaut in "X-Men: The Last Stand." Outside of film, he has appeared in shows like "Elementary" and "Arrow."

Vincent Peter Jones was born on January 5th of 1965 in Watford, Hertfordshire, England. Raised by a gamekeeper in a family with Welsh and Irish roots, he went to school in Bedmond and Abbots Langley. During his school years, Jones proved to be a talented footballer and captained his school team.

At the age of 19, Jones signed a semi-professional contract with Wealdstone. He managed to help his team with the FA Trophy in 1985, and during this period he worked as a hod carrier on construction sites. In 1986, he spent a year in Sweden playing for IFK Holmsund. He then returned to England and signed a professional contract with Wimbledon of the First Division. He made a positive start, scoring in his second game for his new team.

Jones then helped Wimbledon win the FA Cup in 1998. After spells with Leeds United, Sheffield United, and Chelsea, Jones returned to Wimbledon and helped the team perform well in the newly formed FA Premier League. He then finished his footballing career with Queens Park Rangers, acting as a player/coach. Vinnie also represented Wales due to his Welsh grandfather.

At the age of 34, Jones retired from soccer. During his career, he received 12 red cards. He holds the record for the fastest-ever red card in a football match, having received a red just three seconds after kickoff in a match between Chelsea and Sheffield United in 1992. He was also handed numerous bans by the FA due to his controversial actions.

Ever since his acting debut in "Lock, Stock and Two Smoking Barrels" in 1998, Jones has been mostly typecast as criminals and thugs. Some of his most notable films during the late 90s and early 2000s include "Snatch," "Gone in 60 Seconds," "Swordfish," and "Mean Machine." Towards the mid-2000s, he appeared in movies like "Survive Style 5+" and "EuroTrip."

In 2006, he booked the role of Juggernaut in the movie "X-Men: The Last Stand." Although Jones has appeared in a vast number of action films, he is also known for appearing in various movies about soccer. In 2011, he played a hitman in the Kazakhstani film "Liquidator." Other roles during this period came with movies like "Blood Out," "The Magic Boys," "Escape Plan," and "Reaper." He is also known for his voice acting role in "Madagascar 3: Europe's Most Wanted," in which he plays Freddie the Dog.

In addition, Jones has participated in a number of reality TV shows, such as "Celebrity Big Brother 7" and "The Masked Singer." 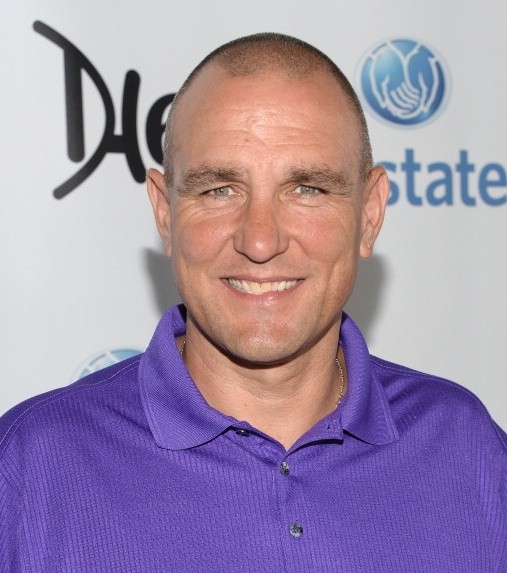 Vinnie met his future wife Tanya when he was just 12 years old. They were married in 1994, although Tanya had previously married and divorced a footballer named Steve Terry by this point. Tanya and Vinnie eventually had a child together. Eventually, both spouses were diagnosed with skin cancer. Although Vinnie later received treatment and recovered, Tanya's cancer proved to be much more serious and eventually spread to her brain in 2018. She later passed away in 2019 with Vinnie by her bedside. Jones has revealed that he does not plan to remarry.

Vinnie Jones has struggled with a number of legal issues over the years. In 1998, he was convicted of a number of crimes after assaulting a neighbor. In 2003, he was convicted of assault and threatening behavior after an incident on an airplane. He reportedly slapped a passenger in the face and threatened to kill the entire cabin crew. He had been drinking prior to this incident. Although he didn't face prison time, Vinnie was fined over a thousand pounds and ordered to complete 80 hours of community service. His firearms license was also revoked, and all of his firearms were seized by the authorities.

In 2003, it was reported that Jones was selling a "luxury home" in Kenmare, Co Kerry, Ireland. He offloaded the residence for one million euros. The home features four bedrooms, 2,755 square feet of living space, high ceilings, and stone walls. Previously, Vinnie Jones had purchased another nearby home for 500,000 euros. This second property reportedly spans 75 acres. A few years prior, Vinnie announced plans to move to Ireland permanently. 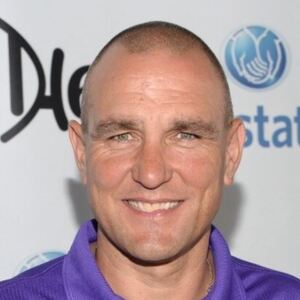