What is Ving Rhames' Net Worth and Salary?

Ving Rhames was born Irving Rameses Rhames on May 12, 1959, in Harlem, New York. His mother, Reather, was a homemaker, and his father, Ernest, worked as an auto mechanic. Ving attended the High School of Performing Arts in Manhattan, and after graduating in 1978, he enrolled at the State University of New York at Purchase (also known as SUNY Purchase), where classmate Stanley Tucci gave him the moniker "Ving." Rhames transferred to Juilliard, joining the Drama Division and earning a Bachelor of Fine Arts degree in 1983.

In 1994, Ving co-starred with John Travolta, Samuel L. Jackson, and Uma Thurman in Quentin Tarantino's "Pulp Fiction," which brought in $213.9 million at the box office. That same year he also joined the Tom Cruise rebooted "Mission: Impossible" franchise. Rhames has appeared as Luther Stickell in each of the franchise's movies, which to date have grossed over $4 billion. 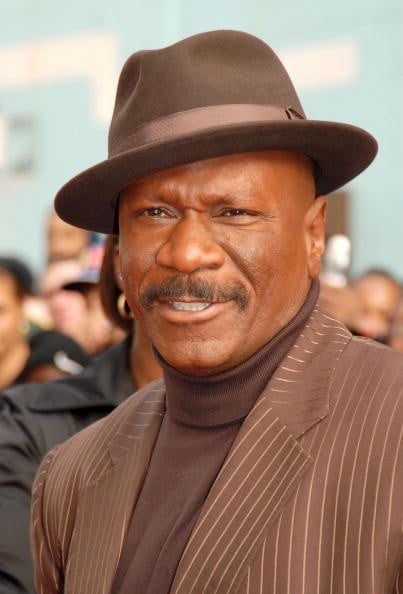 Ving married Valerie Scott on July 4, 1994, and they divorced in 1999. He went on to wed Deborah Reed on Christmas Day in 2000, and they welcomed daughter Reignbeau that year and son Freedom in 2002; Rhames is also stepfather to Tiffany, Reed's daughter from a previous relationship. Ving and Deborah reportedly separated in 2011. In 1993, Rhames was reunited with his older brother, Junior, a homeless Army veteran who had been estranged from the family, during the filming of "The Saint of Fort Washington." Ving's co-star Matt Dillon was approached by Junior while filming at a homeless shelter, and later that day, Ving saw his brother for the first time in years. In a 1996 interview with "People" magazine, Rhames stated, "I got him out of the shelter that day. I put him up in my apartment and helped him get a job. Now he lives with my parents in a home I bought in Harlem." In 2016, Ving was held at gunpoint by police in his home after a neighbor reported that a "large black man was breaking into the house." The Santa Monica Police Department apologized after recognizing the actor and later organized a city-wide "Meet Your Neighbors" program.

In 1998, Rhames won a Golden Globe for Best Performance by an Actor in a Miniseries or Motion Picture Made for Television for "Don King: Only in America." His portrayal of King also earned him nominations from the Primetime Emmys, Screen Actors Guild Awards, NAACP Image Awards, Online Film & Television Association, and Satellite Awards. Ving was named Supporting Actor of the Year at the 2000 ShoWest Convention, and he received a DVD Exclusive Award for Best Actor (in a DVD Premiere Movie) for "Animal" in 2006. Ving has been nominated for six Black Reel Awards, eight NAACP Image Awards, and a Blockbuster Entertainment Award, and "Rosewood" earned him a Best Actor nomination at the 1998 Acalpulco Black Film Festival. He shared an Awards Circuit Community Award for Best Cast Ensemble with his "Pulp Fiction" co-stars in 1994, and "Baby Boy" was honored with a Special Mention at the 2000 Locarno International Film Festival.