Vincent Pastore net worth: Vincent Pastore is an American actor who has a net worth of $6 million. Vincent Pastore was born in The Bronx, New York in July 1946. After high school Pastore was a sailor in the United States Navy. He is known for portraying Italian American mobsters on TV and film. In the 90s Pastore had small parts in Goodfellas and Carlito's Way. He starred in The Jerky Boys in 1995 and in HBO movie Gotti in 1996. He was cast as Salvatore "Big Pussy" Bonpensiero on The Sopranos in 1999. In the finale of season 2 his character was murdered but he still made appearances after that. Pastore has appeared in the films Mickey Blue Eyes, Riding in Cars with Boys and Shark Tale among others. He has appeared in episodes of Law & Order, one Life to Live, Vegas, and Everybody Hates Chris. He joined General Hospital in 2008, playing a mobster. He was part of the cast of VH1's reality show Celebrity Fit Club in 2006. He was cast for ABC's Dancing With the Stars in 2007 but withdrew after one week. In 2008 he was a contestant on Donald Trump's Celebrity Apprentice. He has a radio show The Wiseguy Show and has had Yankees season tickets since the late 80s. 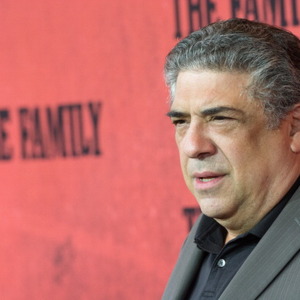